Todd Gilliland is too young to race at Daytona, so his role model will drive instead 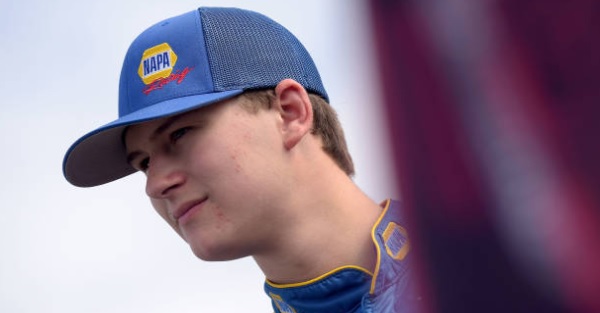 Todd Gilliland is coming off  consecutive NASCAR K&N Pro Series West titles and will be making his Camping World Truck Series debut this season, but it won’t be at Daytona.

Gilliland is 17 years old and won’t turn 18 until May. Due to NASCAR rules, the Kyle Busch Motorsports driver unfortunately won’t be able to run the Nextera Energy Resources 250 next month.

RELATED: Here are the 5 NASCAR truck series drivers poised to break out in 2018

The rule for the Truck Series allows for drivers to be a minimum of 16 years old, but drivers under 18 are only allowed to race on road courses and oval tracks shorter than one mile. He’ll also miss a few other races, but has plenty of help behind the wheel until he’s of legal age for all NASCAR Truck Series tracks.

Gilliland and KBM took to Twitter to break the news of who would be driving the No. 4 Toyota Tundra at Dayton next month.

None other than Todd’s father, Dave Gilliland will be behind the wheel to race for KBM at the season opener. Dave has nearly 400 NASCAR races under his belt between the top three series of the sport, with 21 of those coming at Daytona. To say he’s qualified would be an understatement.

Kyle Busch and other drivers will also help fill the void in the No. 4 on larger courses, but once May 15 hits, it’s all Todd.