NASCAR Pro series schedule is out, and it contains one big surprise 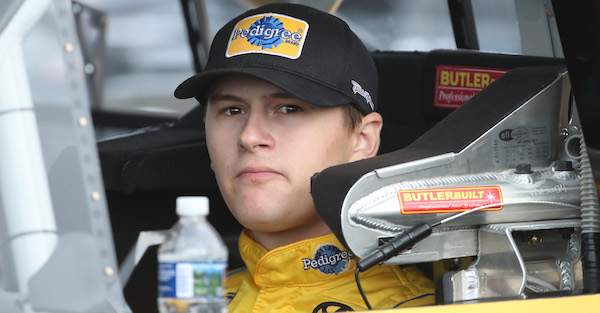 When Todd Gilliland returns to the track to try and capture his third straight K&N Pro Series West title next year, he and the rest of the field will have a unique challenge presented to them.

The schedule for the 2018 season was released on Monday, and while most of the tracks will be familiar, there’s one big surprise on the schedule. On Thursday, Sept. 13, the series will race at Las Vegas Motor Speedway Dirt Track for the first event on clay since 1979.

Jim Cassidy, NASCAR’s senior vice president or racing operations, said in a statement that he’s excited to see the new venue added to the schedule.

“The NASCAR K&N Pro Series features a strong roster of race tracks designed to bring out the best in the drivers and teams,” Cassidy said via AutoWeek. “Many of the tracks have historic ties to the West Series, and we?re excited about the new venues that have been added to the schedule. The fans are going to get a fantastic opportunity to watch these drivers battle it out over the season.”

Related: IndyCar finalizes 2018 schedule and it has one notable omission

The season will begin and end at Kern County Raceway Park Bakersfield, California. The first race is scheduled for March 15, and the season finale will be Oct. 27.

The last West Series race that took place on dirt was at Ascot Park in Gardena, California in 1979. Having a race on that type of surface will be exciting for drivers and the fans.

Here’s the entire schedule for the season: