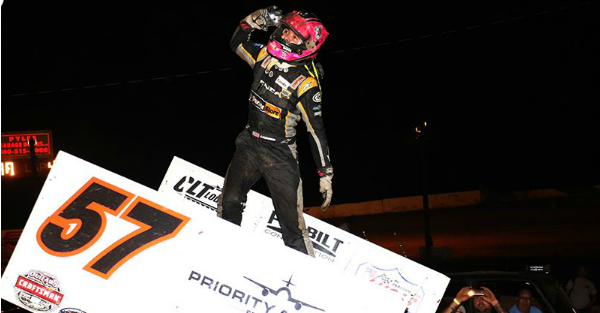 Kyle Larson had some unfortunate luck at Daytona in the Monster Energy NASCAR Cup Series, but his hot streak continued in a sprint car.

Larson won the sprint car race Sunday night at Path Valley Speedway in Pennsylvania, which was his fourth consecutive win in a sprint car.

On top of all Larson’s wins in the sprint car races, he also has two wins in the NASCAR Cup Series and he’s the points leader. It’s been quite the winning season for the 24-year-old, and he’ll look to continue his winning ways at Kentucky Speedway this Saturday.