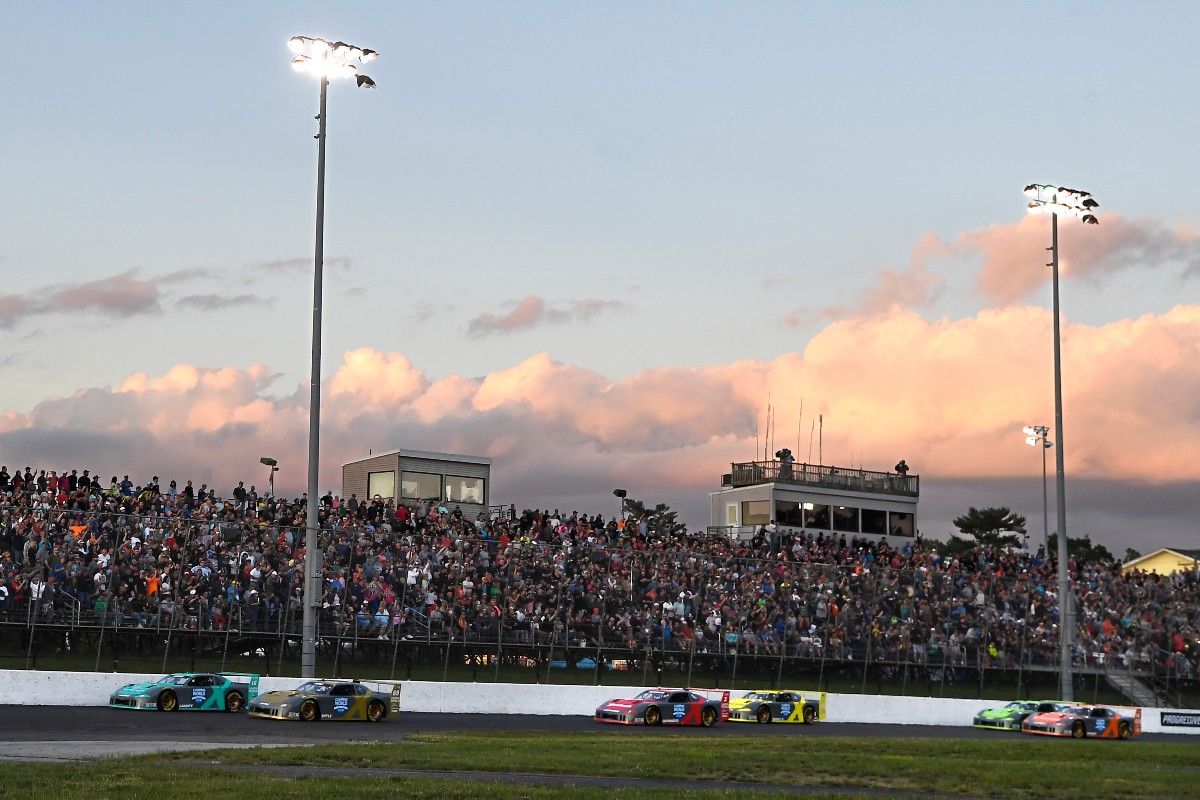 Ladies and gentlemen, Tony Stewart has a new project. With Ray Evernham on board, the inaugural season of the Superstar Racing Experience is now underway.

Based heavily on the IROC (International Race of Champions, that is) format, the SRX series features a six-race short track series, brand new race cars, and some of the best drivers that motorsports can offer. And, it’s a charitable event, too. Title partner Camping World is highlighting the Plating Change initiative, which “provides financial assistance to local restaurants and prepared meals to food insecure communities through World Central Kitchen.”

So, you can watch short track racing and do a good deed simultaneously. Sounds pretty good!

Lest you think Tony Stewart is trying to start a rival series to NASCAR, relax. The rules and format of the Camping World SRX series are totally different.

First, there are the SRX race cars. They’re all the same, something co-founder Ray Evernham was hoping for from the beginning. With a 700-horsepower Ilmor engine, high spoiler, and low downforce, the drivers are randomly assigned their rides. Each driver’s crew chief can help out with slight adjustments, but otherwise, the cars are identical.

The points system is pretty straightforward, too. The winner of each heat gets 12 points, and the points count down from there to 1. The second-place driver gets 11 points, the third-place driver gets 10 points, and so on. Scoring in the Feature is a little different, with the winner getting 25 points, second place 22 points, third place 20 points, fourth place 18 points, then two less points for every place thereafter.

Who Are the “Superstars” in This Racing Series?

Tony Stewart led the recruiting movement for the Superstar Racing Experience, and came up with an all-star lineup from across the car racing world, including himself. That’s right, Smoke himself will be hitting the track for the inaugural season of the SRX series.

Tony Kanaan is an IndyCar racer from Brazil who holds 17 career wins and 15 pole positions in the IndyCar series.

Paul Tracy was the 2003 CART Championship series winner, and has a grand combined total of 31 wins and 74 podiums in CART and IndyCar races.

Helio Castroneves is best known for his four Indianapolis 500 championships. A native of Brazil, he also has a little fence-climbing victory move that the crowd adores.

NASCAR Hall of Famer Bobby Labonte was the 2001 IROC Series Champion, as well as the 2000 Winston Cup champion. He’s currently seen on Fox Sports’ NASCAR RaceDay programming as an analyst.

“Awesome” Bill Elliott has won NASCAR’s Most Popular Driver award 16 times. He also drove the dickens out of the Winston Cup Series in the late 1980s, with 44 series wins, including the first Winston Million.

Michael Waltrip is a stock car racer who has two Daytona 500 wins under his belt. Along with brother Darrell, he provides racing commentary.

Rounding out the pack is Marco Andretti, the third generation of the famous Andretti racing family. As a former IndyCar Rookie of the Year, he knows a thing or two about blazing the track.

Additionally, some part-time series drivers will join the pack, along with “hometown heroes” from the local track scene at each location the SRX visits. Drivers are encouraged to act like their genuine selves, without heavy editing and bleeping. Personalities will bubble to the surface, and tempers will flare.

Now, the 2021 season wrapped up on July 17, but we won’t spoil it for you. SRXracing.com features everything you need to know about the sport. Originally airing on Saturday nights, prime time on CBS, the format is pretty cool. They say everything Smoke touches turns to gold, so here’s hoping the SRX series does the same!