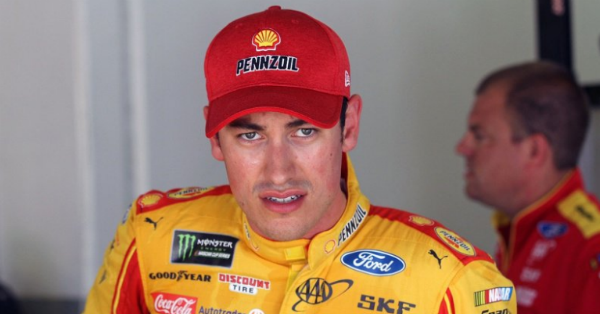 Even NASCAR knows that Joey Logano being forced into “time out” isn’t a good thing.

NASCAR executive Steve O’Donnell said “it’s fair for us to take a look” at how the sport hands out penalties after Logano was forced to miss practice because his car failed to get through qualifying inspection on Friday. In addition to taking away his ability to practice, NASCAR made Logano sit in his car on pit road while wearing his helmet, with his engine off and no phone.

“I think there’s some different things we could look at in the future, maybe not for this year because we want to be fair to the rule that we’ve had in place,” O’Donnell said on  SiriusXM NASCAR Radio’s The Morning Drive and reported by NBC Sports.

“In 2018 you could look at the possibility of a driver going out to start practice and then being pulled off the track or black flagged if it’s a 20-minute penalty or whatever that may be and go that route,” he continued.” One of those things that until it happens in a totality of practice, it becomes more of a story and something to look at. I think it’s fair for us to take a look at that going forward.”

O’Donnell noted that this was the first time the penalty had been handed down, and that’s why it resulted in so much attention.

RELATED: NASCAR has found another way to infuriate fans.

Logano, the driver of the  No. 22 Ford for Team Penske;, went off on NASCAR after being forced to serve the penalty.

?I just think it makes our sport look dumb. I do. Like I said, it?s kind of a joke. I don?t get it, personally. I think we can accomplish the same thing in a more professional manner,” he said in remarks reported by NBC Sports.

?I had time for a lot of thoughts in there, mainly that it?s a joke,? Logano said. ?I don?t know why it has to be out on pit road. I mean, a penalty is a penalty. That?s fine, but there?s no reason to sit out there. I think it?s dumb, but that?s coming from a guy that just sat in a car for an hour sweating. That may not be the best thing to say, but it?s true.?

He’s not the only one who thought it was a dumb move on NASCAR’s part. Dale Earnhardt Jr. tweeted his feelings: