Countdown to the Daytona 500: Remembering the last driver to win the race in back-to-back years 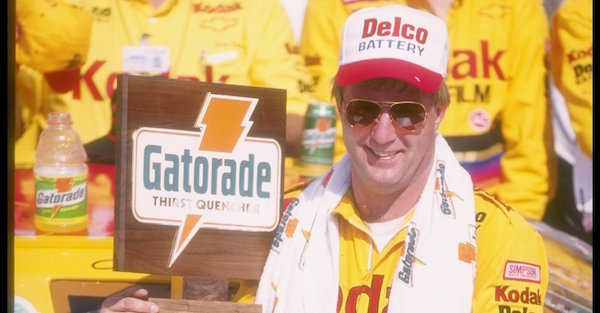 The Daytona 500 is only five days away, and we?re counting down the days until the NASCAR season begins at Daytona International Speedway with memorable moments at the most prestigious race in the sport.

Quick trivia: off the top of your head, name the only three drivers to win back-to-back Daytona 500s.

It’s extremely difficult for any driver to win the Daytona 500. It took one of the greatest drivers of all-time in Dale Earnhardt 20 tries to win the race. Needless to say, winning two in a row is an incredible accomplishment.

The fact that Marlin was the last to accomplish that feat is an incredible piece of NASCAR trivia considering he only won 10 Cup Series races in his career. Marlin was a really good driver in his prime, but no one expected him to win either of those two races.

At the 1994 season opener, Marlin decided not to stop for fuel over the last 59 laps of the race. The gamble paid off as he took home the victory ? which was also the first Cup Series victory of his career.

Marlin didn’t win another race in 1994, but Daytona brought out the best in him to start the 1995 season.

Marlin held off a late rally from Dale Earnhardt to win his second Daytona 500 in a row. It was also Earnhardt’s third time to finish second at the Daytona 500, and it would be another three years before he finally broke through and won for the first time at the race.

Marlin’s success at restrictor plate races continued over the next few years as he won three times at Daytona and twice at Talladega.

A repeat winner hasn’t happened since, and Kurt Busch will look to accomplish that feat this year.