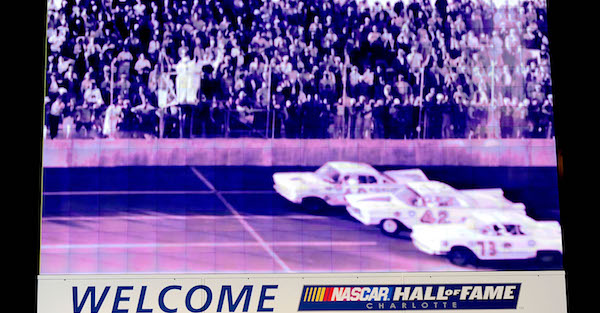 The Daytona 500 is one week away, and we?re counting down the days until the NASCAR season begins at Daytona International Speedway with memorable moments at the most prestigious race in the sport.

The inaugural Daytona 500 in 1959 set the tone for decades worth of races at Daytona International Speedway ? and it took three days to crown the right champion.

Both drivers made their way to Victory Lane because no one was sure who won the race. They didn’t have replay in 1959, so officials made an on-the-spot decision that Beauchamp won the race.

Petty protested the decision, but the drivers had to wait three days before officials could develop the photos and examine them to determine who actually won. Three days after the race, officials announced Petty had won the race by exactly one yard.

Related: Countdown to the Daytona 500: Remembering the closest finish in Daytona 500 history in 2016

Imagine being Beauchamp in that situation. He thought he won and celebrated a victory, but found out days later he actually lost by a yard. That’s a devastating way to lose.

It was Petty’s only win at the Daytona 500, but his son, Richard, went on to win seven.

Decades worth of thrilling Daytona 500s followed, and fans are hoping the 60th running of the event on Sunday will provide the same level of drama and excitement as the first one.