NASCAR officials have no plans to change their controversial format 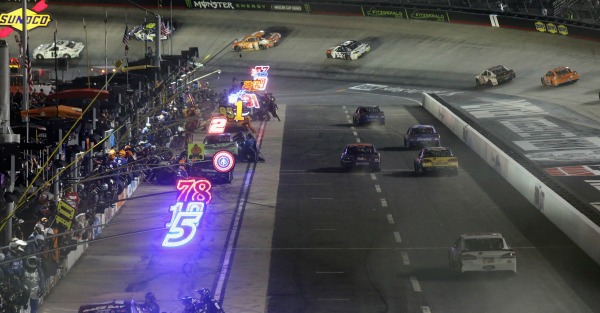 Hate it or love it, fans better get used to stage racing, because NASCAR officials are all in on the format.

“It has met a lot of the objectives that we set out for it. I know that fan response initially wasn’t all positive, but I think as the season has worn on and they’ve seen the benefits of the increased action around the stage finishes, I think that, by and large, most everybody is in support of the stage racing.”

While his estimate of “most everybody” may be a bit optimistic, stage racing has at least added a bit of intrigue to the middle of races.  What Miller is most happy about, is the impact stage racing has had on the playoffs.

“Setting up the playoffs as we did and setting up playoff points and the stage points and all of that was to make all of the races during the regular season more relevant to the championship itself,” he said.

Regardless of if NASCAR truly believes stage racing has been embraced by most fans, they are likely to stick with it going forward.

Related: NASCAR executives have come to a decision on the future of stage racing