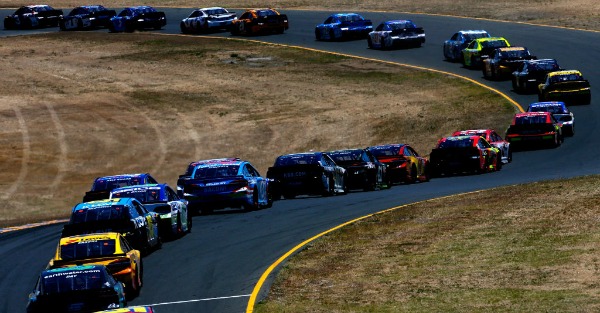 The biggest change to NASCAR for the 2017 season has been the implementation of stage racing. Drivers can earn points for winning different stages, and it has made an impact on the standings.

NASCAR executive vice president and chief racing development officer Steve O’Donnell said stage racing is here to stay, but he did say there could be changes to the format on the horizon.

Related: A NASCAR veteran won at Sonoma for his first victory of the year

O’Donnell made an appearance on “The Morning Drive” on SiriusXM Radio on Monday, and he said NASCAR officials are pleased with what they’ve seen so far from the stage racing.

“Definitely here to stay,” O’Donnell said via NBC Sports. “We’ll sit down with the same group that kind of came up with that concept. We really liked what we’ve seen, and the industry does as well, the strategy that is playing out.

“The things that will be on the table, do you add one (stage), do you look at the different stages in terms of lengths, the number of caution laps, maybe starting the second stage from Lap 1 instead of kind of eight laps in versus caution laps counting or maybe take those off the back end. A lot of those things will be on the table for us but continue to be real enthusiastic how those are playing out.”

The only real change NASCAR has made this season is adding a fourth stage to the Coca-Cola 600, which is the longest race of the season.

Fans might still be lukewarm on the stage racing idea, but NASCAR officials are certainly on board with the idea.