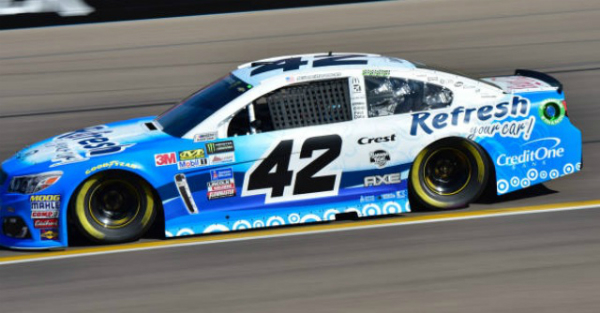 The upcoming 2018 NASCAR Monster Energy Cup Series season will see several changes, but one should quiet any controversy that’s arisen from it over the past few years.

Side skirts have been a hot topic for several years now, but due to a NASCAR mandated change in construction, could keep the controversy to a minimum, according to NBC Sports.

RELATED: NASCAR updates its rules for some of its series

NASCAR made the change in hopes that the part would maintain its original shape so drivers don’t gain an unfair advantage. The old steel skirts could flare out in the front or rear of a tire and cause more downforce and sideforce, which would give the drivers an advantage.

The practice of intentionally modifying side skirts was banned in NASCAR in 2015. The side skirts could still become damaged and altered when they made contact with asphalt, which would lead to an unfair advantage but wouldn’t draw a penalty.

This season, cars will use a composite side skirt like the ones already used in the Xfinity Series. This change should not allow for any intentional or unintentional modifications, therefore leveling the field,  which after all, is what NASCAR is after these days.