Team may tell a world champion not to race as hard this weekend, and he may not like that 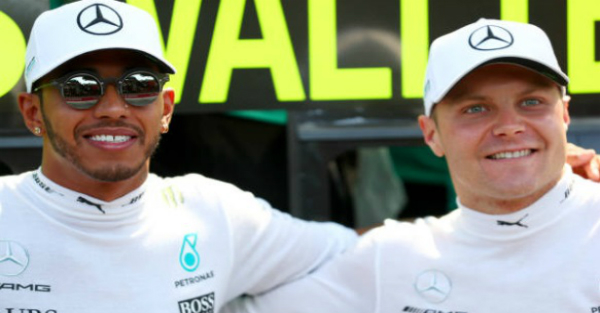 With the Formula 1 championship already secured by Lewis Hamilton, Mercedes is hoping its other driver, Valtteri Bottas, can lock up second place.

Bottas is currently 15 points behind Sebastian Vettel, with 50 more points up for grabs over the remaining two races of the season, according to autoweek.com.

Vettel lost the title to Hamilton after he won the race in Mexico City. But he could lose second place to Bottas if he doesn’t fare well in Brazil and Abu Dhabi.

RELATED: Racing legend thinks this driver could be the GOAT

While it’s uncertain if there is a plan for Hamilton to assist his teammate in ascending into second place, one would imagine Mercedes would be thrilled to have the top two drivers on the season.

“Yes, it is possible,” said Bottas told the C More broadcaster in Brazil. “The difference is 15 points and 50 points are still available, but it requires some good races in the next two weekends. Of course it’s not the same as fighting for a championship, but second is always better than third. Especially for the team, first and second is better than first and third.”

After that statement, you could expect Hamilton to give Bottas a clear path to victory lane, but he followed up by saying it all depends on the scenario.