In a stunner, team announces one of NASCAR’s most promising young drivers won’t return 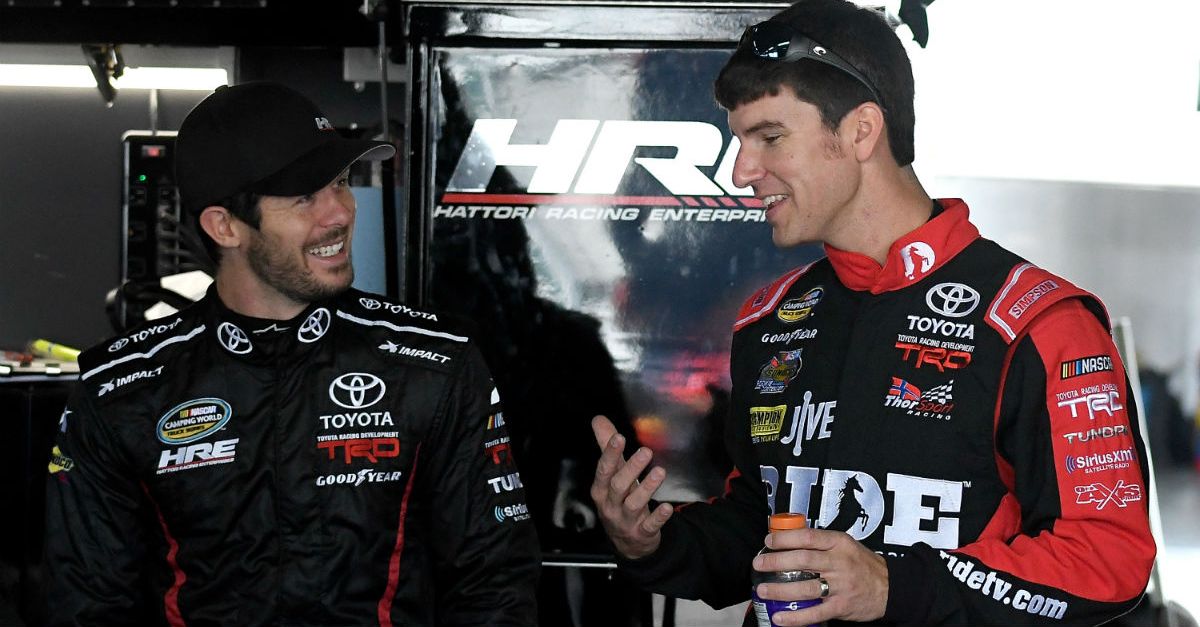 The circumstances that lead to the announcement are confusing. Hattori, in a statement, said “it’s difficult to move on after the effort Ryan (Truex) put in and everything he did to grow our program to where it is now.” But then Motorsports.com, in a tweet, said it was Truex’s decision to leave the team.

Just got off the phone with @Hattori_Racing Competition Director, Mike Greci. To clarify: 1) @Ryan_Truex was not released. The family told HRE before Xmas he wouldn't be back. 2) Greci had hoped to have a replacement driver before now, still looking #NASCAR

Regardless, it’s a dramatic turn for a driver who Truex, who had a career-best ninth in the series. He also won two poles, had eight top-five and 13 top-10 finishes, and that included a second place finish at New Hampshire.

Truex is the second driver with championship pedigree to lose his ride in the last month. Jeffrey Earnhardt, nephew of Dale Jr., lost his Cup Series ride and is still jobless.

The team, in its press release, said it would make announcement on its driver and sponsor at a later date.

This is the full press release, from the Hattori website:

MOORESVILLE, N.C. – Hattori Racing Enterprises announced today that the organization will once again compete full-time on the NASCAR Camping World Truck Series tour in 2018.
Coming off HRE’s breakthrough, inaugural full-time campaign in 2017 in which the team tallied two pole positions, eight top-five’s, and 13 top-10 finishes, the No. 16 team is even better positioned for 2018 with an upgraded fleet of Toyota Tundras and Toyota Racing Development support.
While Ryan Truex will not return to the driver’s seat, HRE is poised to be an even stronger weekly contender in the organization’s second full-time NCWTS effort.
“The biggest improvement for 2018 is the people,” team owner Shige Hattori said. “Unlike last season, (crew chief) Scott Zipadelli is already here and coming back along with our truck chief.
“We’ve invested in some new crew members at the shop and believe the changes will allow us to be more efficient and bring in new ideas to elevate this race team’s performance.”
Fine tuning the lineup of mechanics and road crew isn’t the only thing that Hattori has bolstered. HRE has also expanded the arsenal of Toyota Tundras.
“Our initial goal this year is to get to victory lane and win our first race,” Hattori said. “We want to make the playoff field and win a championship. We made good progress in the middle of last season by building a new truck, and we’re applying everything we learned to the new Tundras that we have added to our fleet.
“We’re going to be even better prepared in 2018 with a larger inventory of updated trucks and support from TRD to win races and compete for the championship.”
HRE Competition Director, Mike Greci, shares Hattori’s optimism for the ’18 season despite having a change in the cockpit.
“We’re thrilled to beef up our inventory and have more quality pieces in the shop to take to the racetrack,” Greci said. “But, it’s difficult to move on after the effort Ryan (Truex) put in and everything he did to grow our program to where it is now. I’ve worked with the Truex family for many years, but we had to make the best decision possible for everyone at HRE.
“We truly wish him nothing but success moving forward. We’re looking forward to getting our lineup announced and head to Daytona (International Speedway) and win some races this season.”
HRE will announce the driver and sponsor lineup at a later date.
Advertisement