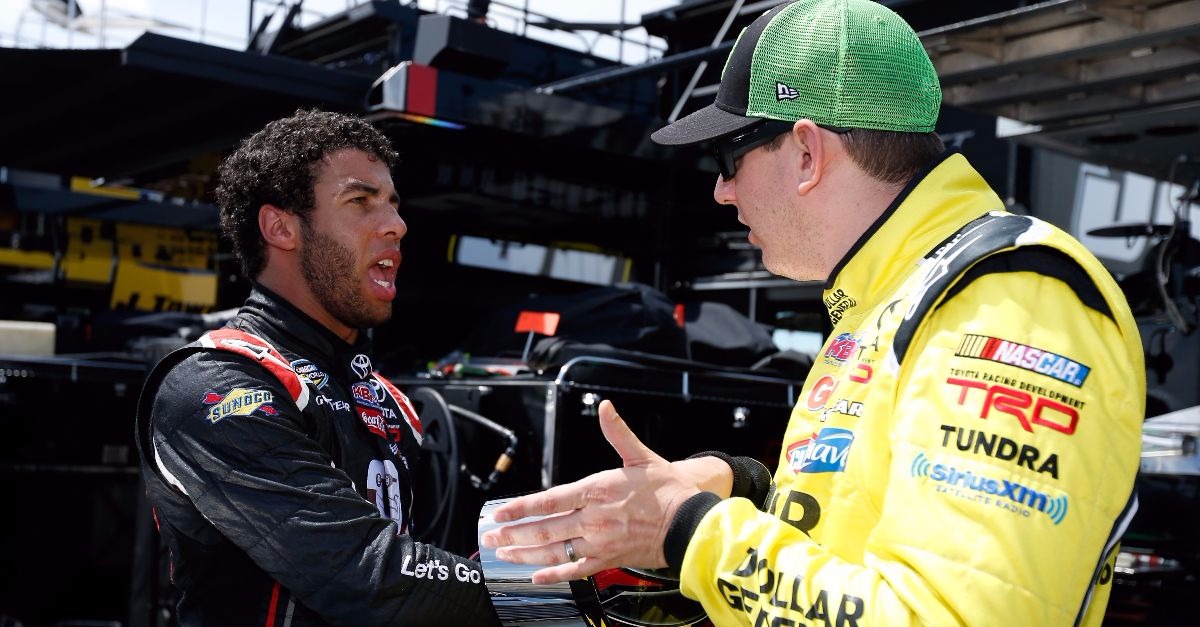 At Chicagoland, Darrell “Bubba” Wallace and Ryan Reed got tangled, causing Reed to spin out. In case you missed it:

While it appears that Wallace gave Reed room — the announcers even noted that — Reed came out after the race and blamed Wallace for the wreck.

All week, Wallace has been throwing shade at Reed, having a bit of fun while clearly showing he’s still annoyed. Check this out:

Good thing I'm playing by myself today, wouldn't want to be around another cart and ruin their day..#16 pic.twitter.com/YdTCOwytxm

Good thing I’m playing by myself today. Wouldn’t want to be around another cart and ruin their day. #16

This after two other tweets that threw some serious shade at Reed: