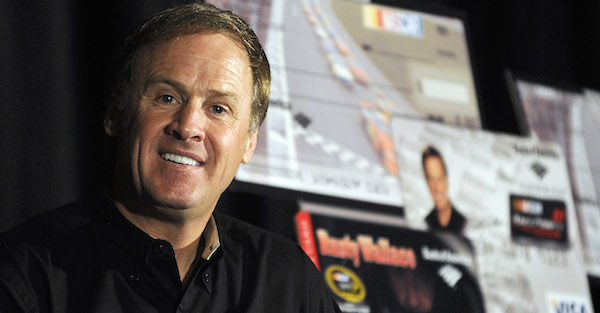 NASCAR is losing its biggest star in Dale Earnhardt Jr. to retirement, but legendary driver Rusty Wallace said he isn’t concerned about the future of the sport.

Wallace told NBC Sports that he’s impressed and surprised with how talented the young drivers are in NASCAR.

“I just think this sport is going to keep going, we never quit,” Wallace said. “Even though I?ve retired, Dale?s (Sr.) gone and Gordon and those guys are not around anymore, the sport?s got to keep going on.

“There?s going to be more Rusty Wallace?s among these young guys. The way a guy like Kyle Larson runs, it just blows me away how fast he is. And who would have thought that Chase Elliott would be the class of the field at Hendrick Motorsports this year? And I never thought I?d see the Ryan Blaney kid running this good, either, but they are.”

Related: Jeff Gordon says this young gun just has to let the race come to him and the wins will follow

Wallace said he hopes the young drivers will stay aggressive and help the sport grow.

“Gosh darn it, these young kids are really looking great there,” he said. “So I?m proud of them and hope they get real aggressive and help build the sport like some the other guys over the years helped build this sport.”

He also said he hopes they enjoy what they’re doing and hopes they stay passionate about racing. Wallace said he doesn’t want them to simply show up, race and go home.

“I hope every day they wake up and go, ‘Man, I am blessed, I can?t believe I got this opportunity, can?t believe I?m making the money I?m making, I can?t believe what I?m doing, I?m having fun and by God, I?m going to do everything I can to build this sport.’ That?s the approach I had, and I hope they do and that they continue to do that.”

Wallace is optimistic about the future, and given the amount of young talent coming up in NASCAR, there is good reason for his optimism.