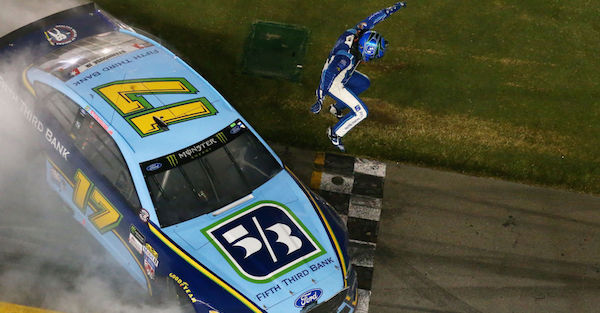 Ricky Stenhouse Jr. had already solidified himself in the playoff field earlier this season at Talladega, but he picked up his second win of the season in dramatic fashion at Daytona.

Stenhouse stole the lead from David Ragan on an overtime restart and led the final two laps of the race.

Kyle Larson’s night came to an early end after he was involved in a crash that sent him airborne.

Dale Earnhardt Jr. didn’t finish the race either, and it was the fifth race this season he hasn’t finished.

Clint Bowyer finished second for the second straight week, and he was followed by Paul Menard, Michael McDowell, and Ryan Newman, respectively.

The next race is the Quaker State 400 on Saturday, July 8 at Kentucky Speedway.