Powerful racing promoter has passed away 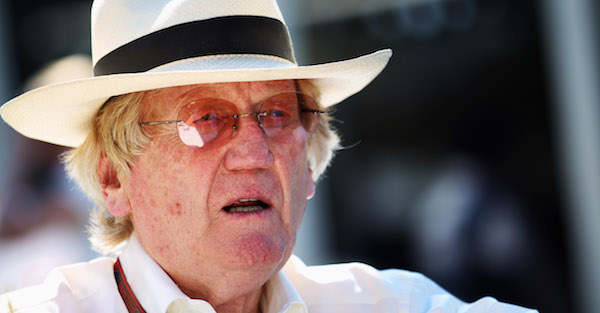 Mark Thompson/Getty Images
during previews to the Australian Formula One Grand Prix at the Albert Park Circuit on March 25, 2010 in Melbourne, Australia.

Legendary Australian race promoter Ron Walker has passed away at the age of 78.

He was also the chairman of the Formula 1 Promoters’ Association until he retired.

Australian prime minister Malcolm Turnbull tweeted his condolences to Walker and his family.

Vale Ron Walker – a great Australian, magnificent Melburnian & ferociously committed Liberal. Ron was a wise and true friend to me as he was to so many Liberal leaders. We will not see his like again. Our hearts go out to Barbara and their family at this sad time.

Related: Racing community is in mourning after driver dies in terrible on-track wreck

Sad news tonight that former Melbourne Grand Prix boss, Ron Walker has passed away. Jeff Kennett is among those paying tribute, saying that without Ron Walker, Melbourne, Victoria would not be what it is today… Mr Walker had been battling cancer for several years.

Australia, Victoria and Melbourne have lost a great son with Ron Walker’s passing. For decades, not much happened in Melbourne without Ron being at the centre of things. 1/2

Vale Ron Walker, a man of big ideas and great generosity. Modern Melbourne owes much to his vision and drive.

Ron Walker loved Melbourne and Victoria. His generosity touched many. His achievements helped put Victoria on the map. Australia is poorer for Ron's passing. My condolences to Barbara and all of his family.

Our thoughts go out to his family.