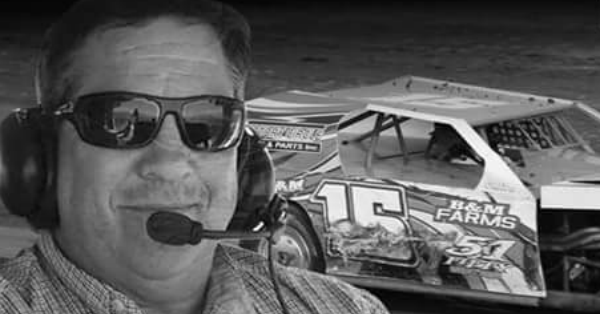 Bill Egleston, an International Motor Contest Association Modified driver, has died following a terrible accident at the Perris (CA) Motor Speedway. He was 53.

Egleston was driving on the track when his car rode up a wall and flipped, according to the Merced Sun-Star.  But after Egleston’s car flipped, another car hit him on the driver’s side. He died after the accident on the 1/2 mile clay oval track.

We are deeply saddened to hear about the passing of IMCA Modified driver, Bill Egleston last night at Perris. Sending our thoughts and prayers to his wife, Maria, and the rest of the Egleston family at this very difficult time. Rest in Peace, #15E pic.twitter.com/ZEoW9EGCoX

“We extend our condolences to Bill’s family,” said IMCA President Brett Root in a press release. “Bill was one of those drivers who made a positive impression on everyone. This is a sad set of circumstances.”

Egleston, 53, was from Atwater and began racing with IMCA in 2007. His home track was Merced Speedway.

In addition to weekly events, the 13-time feature winner was a frequent competitor at IMCA specials such as the Duel In The Desert and the Pat Pettit Memorial.