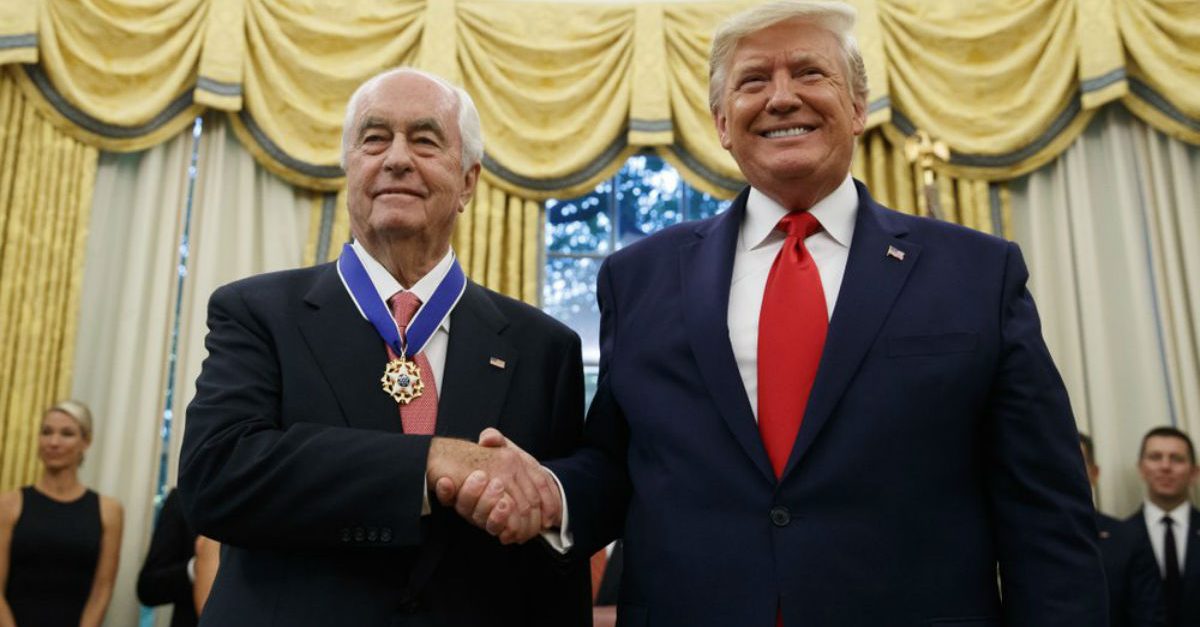 WASHINGTON (AP) ? President Donald Trump awarded one of the nation?s highest civilian honors to Roger Penske, a businessman and founder of one of the world?s most successful motorsports teams.

Penske received the Presidential Medal of Freedom on Thursday during a White House ceremony in the Oval Office. The president described Penske as a man who has ?built a team and legacy that will endure forever.?

After a short but successful racing career, Penske built a car dealership into the Penske Corp. He began Roger Penske Racing in 1966, and cars owned and prepared by Team Penske have scored hundreds of racing victories over the years, including 18 Indianapolis 500 wins.

Trump said Penske is also a successful businessman and philanthropist. His company employs some 64,000 workers around the world, and he has spent considerable hours and dollars trying to revitalize Detroit.

Penske described receiving the medal as perhaps his most significant achievement.

?To me it means more than any business success or motorsports trophy,? Penske said.

Trump has focused mostly on sports stars this year when presenting the Medal of Freedom, which is given to people who have made special contributions to the national interests of the United States, its culture or world peace.