Ricky Stenhouse Jr. wants NASCAR to explain themselves after he was hit with a costly penalty 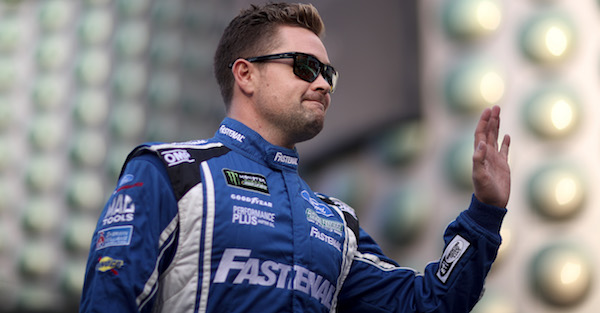 Ricky Stenhouse Jr. finished 16th at The Clash at Daytona last weekend after a costly penalty ended any chances of him having a solid finish.

Stenhouse said he’s still waiting to hear clarification from NASCAR officials on the yellow-line rule because he doesn’t feel like he should have been penalized. He said thought he had advanced his position when he was forced below the line.

“I was in the process of advancing before  I got below the yellow line,” Stenhouse said. “I would definitely say I advanced it. I think we all thought that in the rule, if somebody forced you below (the yellow line), they’d be penalized and not yourself.

Stenhouse might not agree with NASCAR’s interpretation of the rule, but even after Busch forced him underneath the yellow line, Stenhouse tried to improve his position.

Stenhouse wasn’t too pleased with the decision, but he did break the rule. He probably won’t like what NASCAR has to say when they get back to him.