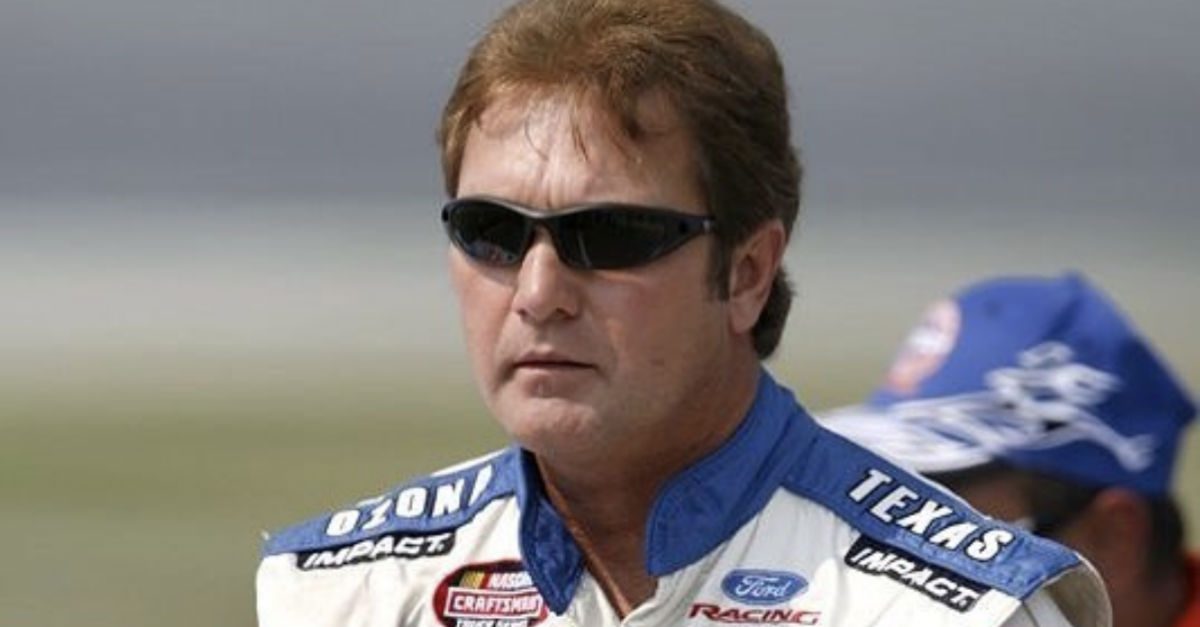 Following a two-day trial in Orlando, Florida, it took a federal jury only two hours to find former NASCAR driver Rick Crawford guilty of enticing a minor for a criminal sexual activity, a crime that carries a minimum mandatory penalty of 10 years in federal prison.

Arrested for the crime on Feb. 28 and indicted in March, Crawford stood trial over allegations that he arranged to pay up to $75 to have sex with a 12-year-old girl. As if that wasn’t disgusting enough, the official complaint paints an even more twisted picture.

Former NASCAR Truck Series competitor, Rick Crawford has been convicted of attempted enticement of a minor for sexual activity. A federal judge found Crawford guilty earlier today in Orlando. He faces a sentence of 10 years to life in federal prison. Crawford, 60, was arrested in March after an undercover sting. Crawford thought he was texting and emailing a father trying to sell his daughter for sexual activities. It was an FBI agent. Crawford brought about $50-75 with him to the set up. He will be sentenced in late November. Crawford was a manager and promoter of Mobile International Speedway in 2011 and 2012. From 1997 to 2012, Crawford won 5 races in the NASCAR Camping World Truck Series competition. His final full time season was 2009, where he finished 10th in standings. His best season result was a runner-up finish behind Mike Bliss, despite not winning a single race. Picture Credit: Zimbio (1), FOX10 (2) #NASCAR #RickCrawford #RickCrawfordRacing #NASCARTrucks

According to the complaint, Crawford responded to a Craigslist ad in which a federal agent posed as a man seeking people who “are looking for that dark taboo experience” and the agent eventually told Crawford he could pay to have sex with his (fictitious) 12-year-old daughter. Crawford, the complaint states, texted the agent “Love for her to be naked and ready” and requested photos of the girl he allegedly believed he would be meeting and told the agent he could watch them.

When Crawford arrived at the arranged meeting place, he was arrested and found to have $80 and a condom in his pocket.

Crawford took the stand Wednesday, pointing to an interview with police where he claimed that he would not have gone through with anything had he known that the girl was underage. But the jury was not convinced and found him guilty on Thursday.

Following his arrest, NASCAR removed Crawford from its list of industry experts who could hear appeals of penalties. Crawford’s hearing sentence is scheduled for November 26.

Read More: Cops Say This Mom Led Them on a Dangerous Chase with Two Little Kids in the Car