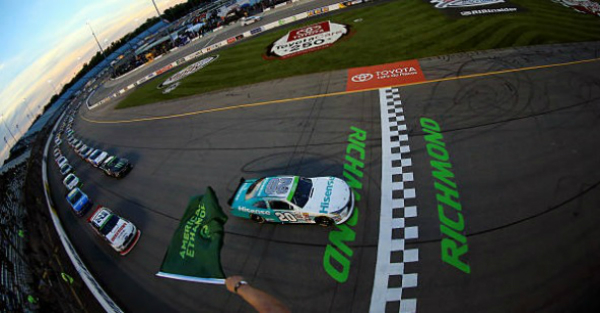 NASCAR is looking to capitalize on the popularity of eSports and apparently so is Richmond Raceway.

Richmond Raceway recently announced it has formed its own inaugural iRacing team. The group known as the Chaos Crew is comprised of six will begin competing in the 2018 NASCAR PEAK Antifreeze Series beginning on Feb. 20 at 9 p.m. ET, according to racer.com.

RELATED: NASCAR is offering a huge prize for a race that anyone can enter

The e-Motorsports team members are Marcus Richardson, Nick Ottinger, Jimmy Mullis, Logan Clampitt, Brian Schoenburg, and a sixth member to be named later. Richmond is the first track to have its own team in the fully NASCAR sanctioned league.

“When you look at the engagement that the Joe Gibbs Racing Off-Season Action Series had his past December and January, you had to be impressed,” Mike Waddell Richmond Vice President of Marketing and Communications said. “When we tuned in to that content, it was entertaining,

“As we looked deeper into what NASCAR and iRacing had built with the PEAK Antifreeze Series, our play was to engage some of the eMotorsports athletes and help them tell their stories, promote their craft, and show them that Richmond Raceway would be a place that could be ‘the place’ for sim racers as eSports booms forward,” Waddell added.

They are definitely off to a good start as far as leading the pack in the eSports revolution. It has become a popular competitive online gaming venture, and Richmond has already formed its own league and partnered with the official licensee of NASCAR’s video games 704Games. They will hold competitions weekly and also host other events. The Richmond Raceway eSports season will run from Feb. 11 to Nov. 18.