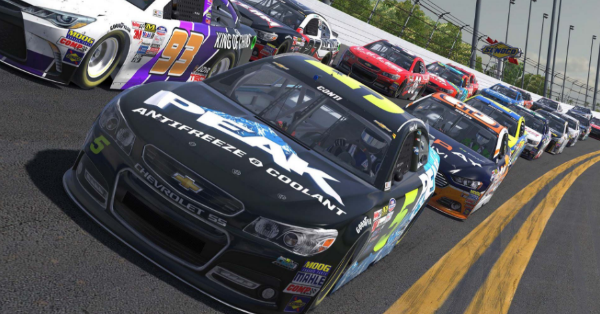 Racing fans who think they have what it takes to race at a high level will soon have an opportunity to prove themselves for a chance to win a massive prize.

According to Sports Business Daily, NASCAR teams are working on an online racing league that would draft players to compete in an iRacing league, and a six-figure payout would be at stake.

The tournaments would be broadcasted online, and teams would draft skilled iRacing drivers to compete for the championship. It’s still in development, but the hope is that it will be ready to go sometime during the 2018 season.

Rob Kauffman, chairman of the Race Team Alliance, confirmed the plan for the online racing league.

“Yes, the RTA is working on this initiative,” Kauffman said.

Adam Stern of Sports Business Daily said cars competing in the series would actually have the same paint schemes as the actual teams.

“Under the business plan being drawn up, teams will commit to a six-figure payout for the first tournament and are planning to hold a draft where all chartered outfits will pick up the most skilled players, who will then represent them in competition,” Stern wrote. “Each chartered car from teams in the RTA, of which there are 30, will receive a franchise. Cars will likely carry the same paint schemes as their actual team, providing a value-add to sponsors.”

The iRacing simulator is often used by NASCAR drivers to help prepare them for an actual race, and it’s more complex and challenging than typical racing video games.

A six-figure payout is hefty for an online tournament, and the league will only be taking the best drivers in the world for each of the tournaments.