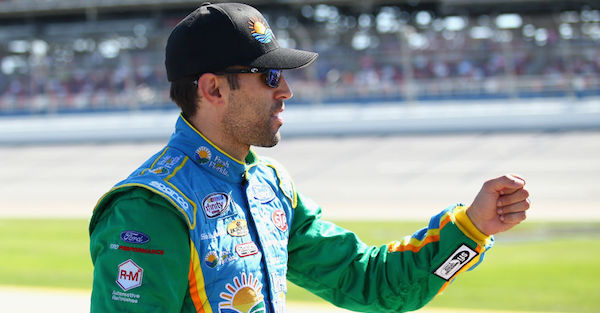 After missing the last seven races due to a back injury suffered at Kansas Speedway, Aric Almirola has been cleared by doctors to return to racing this weekend.

Richard Petty Motorsports announced that Almirola will return this weekend for the Overton’s 301 at New Hampshire Motor Speedway on Sunday afternoon.

Related: An update on Aric Almirola after his brutal injury

Almirola said in a statement that his absence made him appreciate his ability to race every week in the Monster Energy NASCAR Cup Series.

“It felt great to be back in the race car yesterday,” Almirola said. “After racing in the Monster Energy Series for five and a half years, it got to be routine, and I took it for granted. When something gets taken away from you at a moment?s notice like that, it has certainly made me appreciate my passion for racing and my desire to compete at this level.”

“The thrill of running 200 miles per hour in a stock car was something that I had honestly lost a little bit. After being out of the car for eight weeks, the passion is back, now more than ever.”

It’s unlikely that Almirola qualifies for the playoffs considering he is 32nd in points, and he would have to win a race and finish in the top 30 to qualify. But just getting back on the track and racing is a big step considering how terrible his accident was at Kansas Speedway.