Richard Petty Motorsports announces their replacement driver for no. 43 in Dover 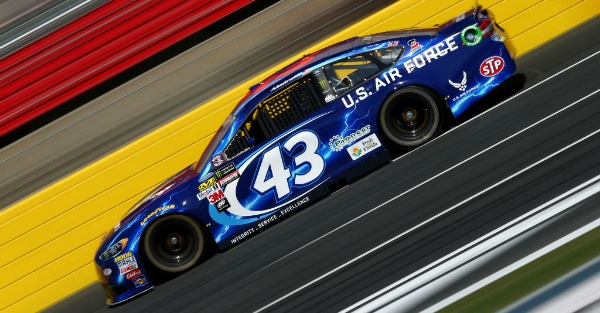 Sarah Crabill / Stringer
during practice for the Monster Energy NASCAR Series Coca-Cola 600 at Charlotte Motor Speedway on May 27, 2017 in Charlotte, North Carolina.

With Aric Almirola badly injured and still out another 9-11 weeks, Richard Petty Motorsports was again looking for driver to race in the No. 43 car. After Carl Edwards declined an offer to drive the car, the team found a last minute temporary replacement in Regan Smith. They must have liked what they saw during Smith’s 22nd place finish during the Coca-Cola 600 because they are letting him drive the no. 43 at least one more week at Dover International Speedway.

In a press release, Smith conveyed hope that he can do more than just tread water in his second run, saying:

“I keep saying it, but I?m honored to drive the No. 43 Ford for Richard (Petty) and his team. I think we learned a lot at Charlotte and work together well. I?m looking forward to this weekend. I really like Dover. My last win in NASCAR was at Dover, so I?m really looking forward to getting back there in the Monster Energy Series this weekend.?

It is unfair to judge him for his pedestrian finish in that first race with a new car and team, so this week should show a little more of what he is made of. It’s not like people are jumping at the chance to take his place either.

Related: Richard Petty Motorsports got a polite “no” when trying to find a replacement driver for No. 43