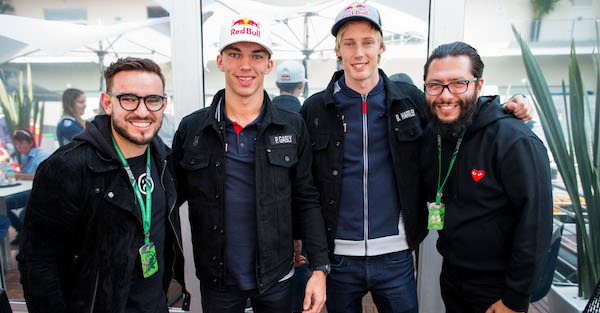 Peter Fox/Getty Images
MEXICO CITY, MEXICO - OCTOBER 26: Anuar Layton of Mercadorama and Mexico with Pierre Gasly of Scuderia Toro Rosso and France & Brendon Hartley of Scuderia Toro Rosso and New Zealand with Ahmed Bautista of Mercadorama and Mexico during previews to the Formula One Grand Prix of Mexico at Autodromo Hermanos Rodriguez on October 26, 2017 in Mexico City, Mexico. (Photo by Peter Fox/Getty Images)

Renault, who supplies the engines for the Toro Rosso team, isn’t pleased about the failures. Renault’s Cyril Abiteboul told Motorsport that the company isn’t happy with the situation.

“Toro Rosso has suffered in the last couple of events much more issues than other teams, and obviously when it’s happening, because of the regulations, and because of parts availability and production lead time, that’s causing issues,” he said.

Related: One of the world?s best known car brands threatens to leave Formula 1 and they?re serious

Abiteboul then suggested that the problems revolve more around the Toro Rosso team itself.

“We do have a little bit of a concern about the way that our engine is operated in the Toro Rosso car,” he said, “which may explain why we have had so many issues coming from Toro Rosso specifically.

“There are never coincidences in this sport.”

He went on to say there’s been a bit of a snowball effect with the Toro Rosso cars and engines, which has led to more and more issues over the weeks.

There’s obviously a disconnect between Toro Rosso and Renault, and it’s something the two sides will have to figure out in the offseason.