A racing series will introduce a drastic change next year 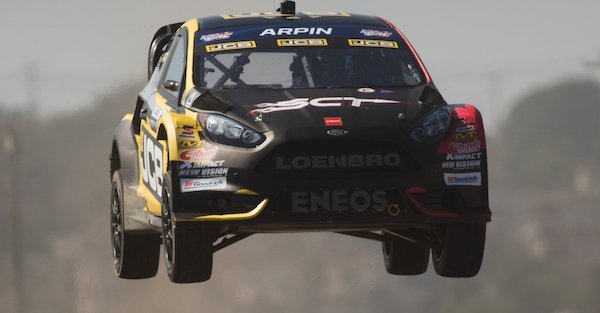 Electric and gasoline-powered cars are slotted to face off against each other in the Red Bull Global Rallycross next year. CEO Colin Dyne is excited for the opportunity, saying,

“You read all over the place comparisons between a Tesla and a Lamborghini, the new Porsche electric cars to the current cars on the market. This is perfect for what?s going on out there in the marketplace – people doing comparisons.”

Dyne is reportedly counting on one, currently unnamed, automaker to deliver three electric cars to the series next year and is encouraging other auto manufacturers to field their own electrics as well.

The GRC originally intended for an all-electric league beginning this year, but those plans were laid to the side as the idea for a combination series came into play.

Dyne expects that the new cars will need some time to catch up to their internal combustion counterparts, adding that at some point one class would pass the other,

“Over time, one of them will surpass the other one. Obviously, the Supercar combustion engine is our main field.”

Even before all of the information comes in, one thing is for certain, the addition of all-wheel-drive electric cars is going to prove an exciting development in the GRC.