Jeffrey Earnhardt’s out, No. 27 in doubt, and other NASCAR random thoughts 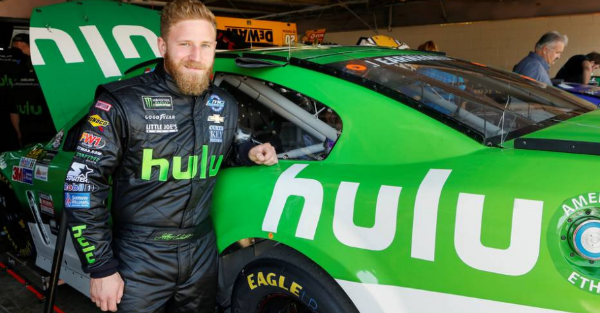 It’s that time again for NASCAR random thoughts, and who says the off season is dull?

Talk about explosive. First, Circle Sports ended its relationship with The Motorsports Group, and buried deep in the press release was a line that TMG would look for a new driver. When I saw that I  did a double take and doubled checked because wouldn’t that mean Jeffrey Earenhardt was without a job? Yep. Earnhardt wrote on Twitter that he was shocked, as he should be. He didn’t see this coming, Will someone give him a ride? Maybe. If his primary sponsor, Hulu, stays with him, that might give him a leg up over some of the other drivers will looking for work at the Cup series level. It would be nice to see him on a team with more resources and show what he can do. Besides, the track will feel awfully empty without an Earnhardt on it.

Well that’s the million dollar question. The No. 27 is hanging out there like the high school beauty queen making everyone wait to see who gets the prom date. But will  there be a date? The No. 27 needs financing, and there’s no indication it has some. Could this be an Earnhardt landing spot? Or, has the charter already  been sold and we don’t know it? Rick Ware Racing just purchased a charter but hasn’t said from who — yet. The mystery of the  No. 27 is the biggest question left in the off season because it’s the last top tier ride left.

We should debate shortening the NASCAR season

Heresy? No. Despite the way-to-rosy projections coming out of HQ, NASCAR has some serious short and long term problems. With declining attendance at the track and on TV, NASCAR needs to make some fundamental changes to prop up a sport that has the dual challenge of losing popularity while not significantly expanding its traditional base. How would NASCAR handle the financial implications if tracks lost a race, or if some tracks were eliminated all together? Would the shortened season apply to all series? What about vendor agreements? There are all sorts of complications and chances are nothing could happen until the existing TV contract are up. But it’s a discussion worth having.

Ray Marcano is an editor at Alt-Driver.com