Check out these racing cheats teams have used in the past 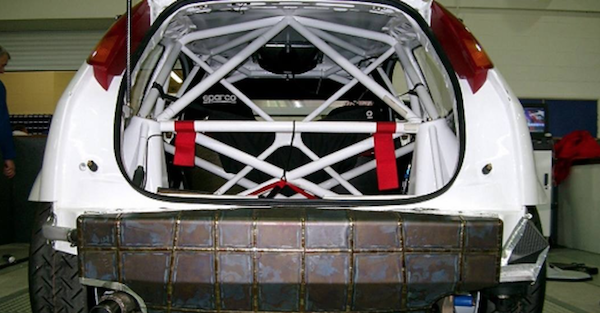 Most racing fans know that teams and drivers can bend the rules sometimes when looking for an advantage over their competition. Cheating has been prevalent in auto racing for decades, and teams often come up with creative ways to get a step ahead.

One post included how the regulations involving the Volvo BTCC engine from the 1990s were bypassed. The post on Facebook goes through the technical details, but basically they realized they couldn’t change anything inside the head, so they just decided to change the angle of the head.

In the World Rally Championship, Ford somehow managed to navigate around restrictions on how much air could flow into the engine, and what they did was actually legal. But the WRC still banned it eventually anyway.

The last one involved Gibson Motorsport in Australia and the GTS-R Skyline.

“Late 80s Group A Touring Car rules in Australia stated any car that was homologated with a MAF sensor or similar still had to have it connected to the inlet on the race car, and plugged in too. Not ideal when 99% of race cars want/need to run MAP-based aftermarket management and no inlet restriction of a MAF.

So Gibson Motorsport, with their ~470bhp RB20 powered R31 GTS-R Skyline, simply bolted the MAF sensor to the inner wing, in plain sight, with a chopped off MAF sensor wiring plug fitted, and joined it to the inlet near the air filter with a little piece of vac hose!”

Teams are probably constantly looking for ways to bend the rules, but these were all really creative ways to cheat and fascinating to read about.