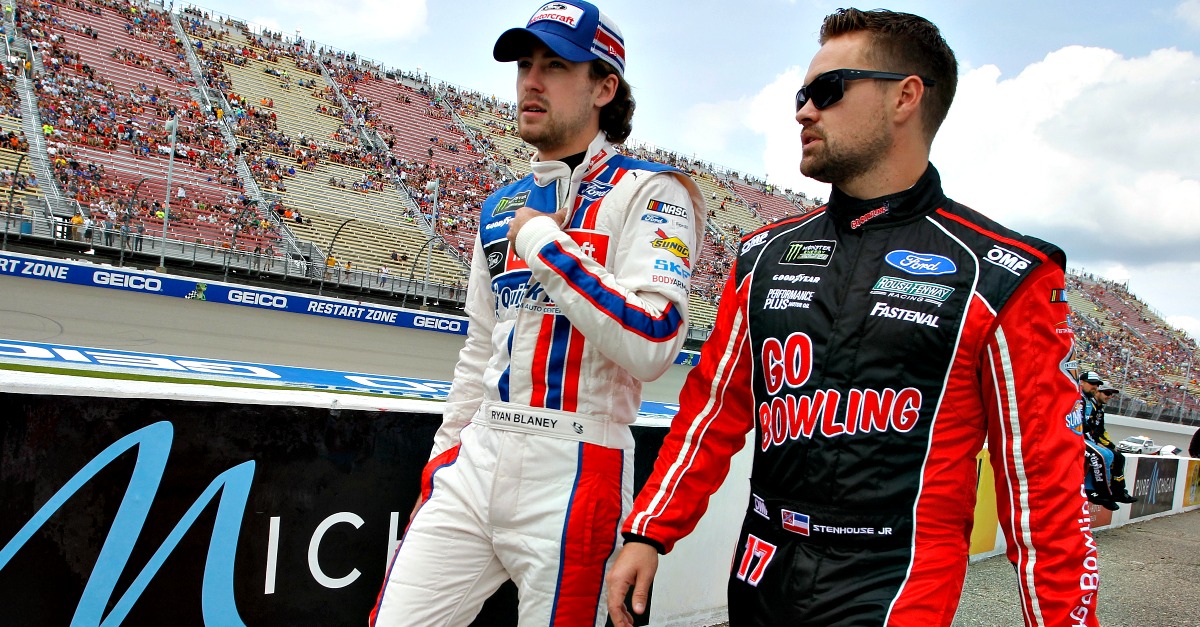 Ricky Stenhouse Jr. is in the middle of the best season of his career, and he is currently eighth in the playoff standings after making the Round of 12 last week.

Stenhouse has two wins this season, and he aiming to qualify for the Round of 8. He’s returning to Talladega this Sunday, which is where he won the first Cup Series race of his career earlier this season. He has his work cut out for him if he wants to advance another round, but his crew chief, Brian Pattie, told Motorsport that Stenhouse just needs a little more experience before he takes the next step as a driver.

“He’s a good kid,” Pattie said. “He’s great for our sport. He speaks well. He’s good-looking, young, talented. He’s a guy we can build a series around — one of the guys.

“In the car, there’s no lack of commitment, on the throttle side of things. He’s on the gas a lot. We look at data weekly and he’s wide-open throttle. His percentages are higher than the other people we collect. What does he need to work on? Not a lot. He doesn’t need a whole lot. He just needs a little more experience. I don’t think he’s been driving on pavement for 10 years, and five of that is in the Cup Series.”

“Honestly, we need to get him better race cars,” he said. “We need to work on cars, get them to where they’re turning good. I think when we do that, he’ll be able to showcase his talent like he did in the Xfinity Series when he was winning championships.”

Regardless of how he performs during the next two races, Stenhouse and his team have plenty to build on heading into the 2018 season and beyond.