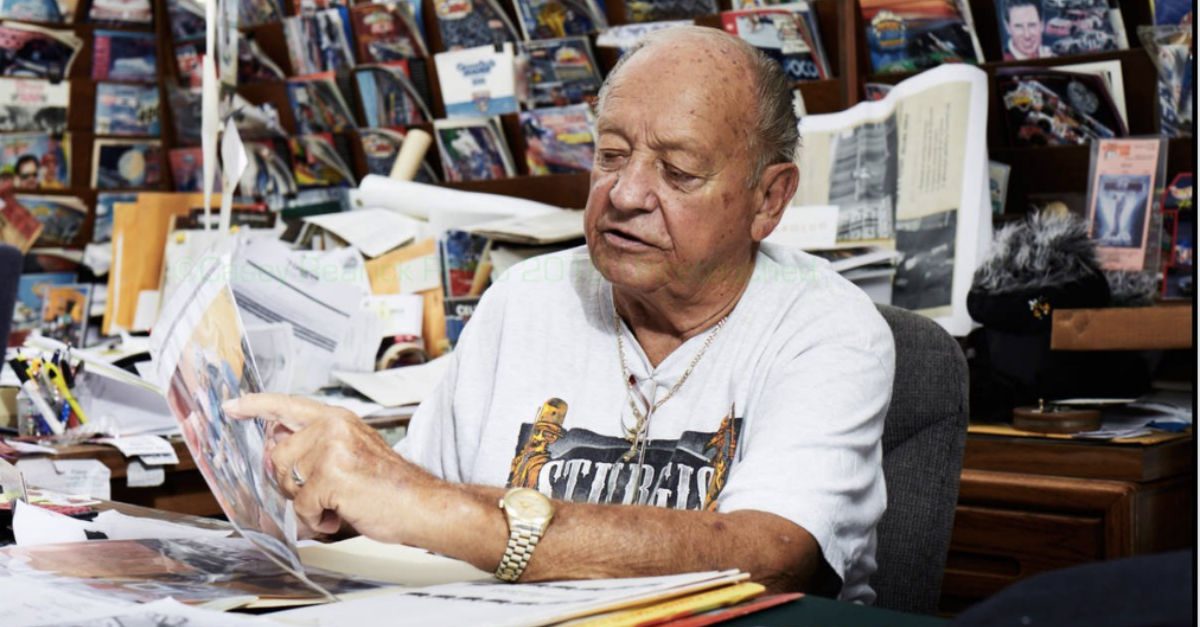 When it comes to NASCAR, you have your casual viewers of the sport. Then, you have your average fans. Next, there are your diehard superfans. Finally, in a spot pretty much all by himself, there’s Joe Baumann.

Congratulations to Joe Baumann on attending his 1,000 @NASCAR race! Happy to have you here celebrating our 50th anniversary! pic.twitter.com/fCVakC3l99

Read More: A Longtime NASCAR Fan Is Giving Some Teams a Huge Advantage with His Work

Baumann, who actually dabbled in some Late Model and drag racing in the ’60s, remembers his first race — the 1963 Daytona 500 — like it was yesterday.

?It was snowing like a bitch,? Baumann told Autoweek.

?You couldn?t hardly see outside, but I drove all day and overnight to get there. I went to a half-dozen races that year and maybe doubled that in 1965. I began tracking them in the late ?60s, using ticket stubs and parking receipts to make my list. For 25 years I had a pool of about 100 people who rotated coming along. We went NASCAR racing somewhere almost every weekend for a long, long time.?

While witnessing Tiny Lund cruise to victory was certainly a memorable moment for Baumann, his “all-time No. 1 race” was the 1995 Food City 500 at Bristol Motor Speedway.

?Dale Earnhardt. Terry Labonte. Unfriggin? believable,? Baumann, who was sitting right in Turn 3 during the race, told NBC Sports. ?I?ll never forget it. (Earnhardt) got black flagged at least twice, maybe three times for rough driving. They sent him to the back of the pack and oh my God, he was hell-bent to get back up front again. He did and it comes down to the last lap and they come off Turn 4 just slam banging each other, side by side and Earnhardt smashed him sideways.”

“I think the people went completely crazy. It was just phenomenal. That was tops.?

Having been to so many tracks and seen so many different drivers in action, Baumann, of course, has his favorites. Darlington, Bristol, and Martinsville are his favorite tracks, while Bobby Allison, Dale Earnhardt, David Pearson, Cale Yarborough and Richard Petty are his favorite drivers. In fact, he even named two of his children Allison and Cale.

Considering that Baumann has been around the sport of professional auto racing for so long, he sees that the NASCAR Cup Series has been changing. And not, necessarily, for the better.

?More teams can win, but fewer teams are up front, fighting for the lead,? he says. ?There was more side-by-side racing and more fender-banging back then. It seemed like winning meant more to those guys. There wasn?t as much points racing or just riding. Everything is so aero-dependent now that drivers won?t touch each other. They took more chances back then because their cars were tougher.?

NASCAR may not be the same as it was in the good old days, but that’s not going to stop Baumann from continuing to attend as many races as he can.

?I?ve had the time of my life,? Baumann said. ?I?ve enjoyed every minute of it. I?d do it all over again in a second. It?s been a really great life.?

Read More: This Guy Who Sunburns His Favorite Drivers on His Body Is the Ultimate NASCAR Fan