A Jaguar overtakes 43 cars in ONE lap on the Nürburgring 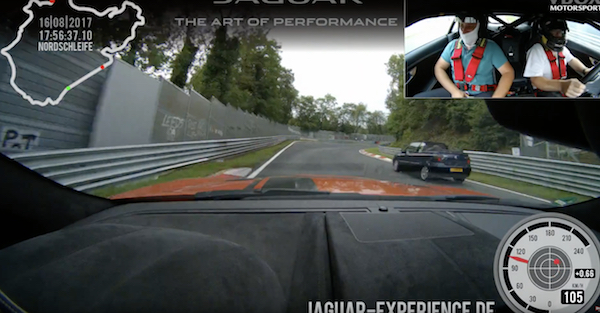 Despite a crowded day at the track, the folks over at Bridge to Gantry still managed a hell of a lap around the Nürburgring. It was actually so spectacular because of the crowd at the track.

In roughly nine minutes, one lap, the driver of the Jaguar F-Type SVR overtakes 43 cars and doesn’t give his ground to a single driver. This is the most effective advertising Bridge to Gantry could do.

On another note, apparently the Dutch can’t drive?