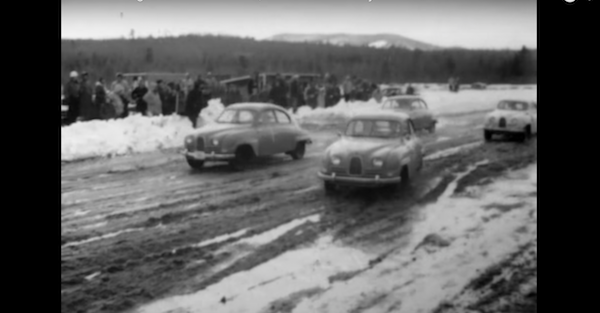 Past generations brag about being tougher than the current generation, and when it comes to racing, they might be right.

The roads will soon be snowy and icy after a winter storm sweeps over the eastern United States, and there were similar driving conditions during a 1958 Sports Car Club of America race in Franconia Notch, New Hampshire.

The snow and ice led to a few drivers backing out of the race, but several drivers still competed. Here’s some footage of the race, and it’s easy to tell how bad the road conditions were for the drivers.

Related: A NASCAR driver has to split Driver of the Year as All-America driving teams are announced

Some of the cars racing included a Volkswagen Beetle, a Saab, a Volvo and Mercedes 300SL.

The drivers were extra cautious during the race, and the narrator even said, “Strange as it seems, sports car jockeys are reputed to be the safest drivers in the land.”

Gaston Andrey eventually won the race in his Volvo, and based on the conditions, “survived” might be a better term than “won.”

It looks like a lot of fun to race in those conditions… until you remember how easy it would be to wreck coming around a turn.