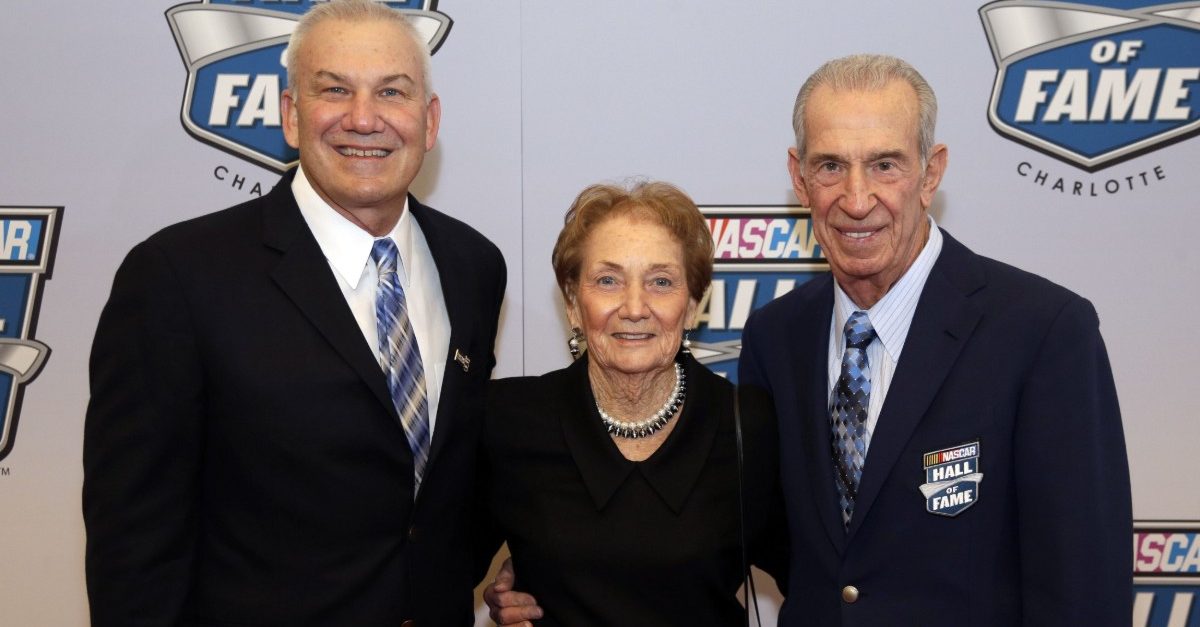 Ned Jarrett is one of those old school NASCAR legends who paved the way for the drivers of today, and his accomplishments in auto racing certainly speak to that. As a two-time NASCAR Grand National Series champion, he took his racing very seriously. Yet, even though he was a fierce competitor, Ned also had an extremely calm demeanor, earning him the nickname “Gentleman Ned Jarrett.”

Ned was born in Conover, North Carolina in 1932. Not only was he a great driver, but he’s also a great father of two former drivers, Dale Jarrett and Glenn Jarrett. As for his own motorsports career, well, he made stock car racing and NASCAR history with his talent. So, let’s take a closer look at what this Hall of Famer has accomplished throughout his years as both a NASCAR driver and announcer, and see what he is worth today.

Jarrett was introduced to cars at an early age. He was driving the family car by the time he was nine years old. By the time he was 12, he was working for his father’s sawmill, though it was clear that he wanted to be behind the wheel of a race car. In 1952, he competed in his first race at Hickory Motor Speedway in a Sportsman Series Ford that he co-owned. He managed to come in 10th place at, but his dad wasn’t happy with the result. His father told him he could work on cars, but not drive them.

That didn’t stop Ned, though. After his brother-in-law got sick, Jarrett filled in as the driver and pretended to be his brother-in-law, using his same name. He managed to place second in this race, and continued to race under the name. It eventually caught up to him when his father caught him after winning a race. His dad told him if he was going to race, at least race under his own name. After this, Jarrett began to define his name in the sport.

In 1953, Jarrett drove in his first Grand National Series race: the Southern 500 at Darlington Raceway. Unfortunately, he suffered an engine malfunction after 10 laps. Two years later, he became the track champion at Hickory Motor Speedway. He also won the Sportsman Series championships in both 1957 and 1958. At the end of the decade, he was determined to pursue a career in the Grand National Series. He decided to purchase a Junior Johnson Ford. Now, he didn’t have the money for it at the time, so he waited until the banks closed to write the check, entered two races, won them both, and covered the cost of the car.

Ned went on to win the Grand National championship in 1961, bringing in 22 top-5 finishes, 34 top-10 finishes, and one win. Additionally, he placed third in the 1963 Daytona 500. By 1964, he joined Bondy Long’s race team and won 15 times, though he lost the championship to Richard Petty. He did pick up his first superspeedway win at Atlanta Motor Speedway. The next year, he took home another Grand National Championship.

In 1966, Ned only raced 21 of 49 races, and he brought in eight top-10 finishes. Ford had announced that they were withdrawing from NASCAR, and he decided this was the time he wanted to retire. At the young age of 34, Jarrett stopped racing and became the only driver to retire as the NASCAR champion. He raced a total of 352 races in his NASCAR Cup Series career. On top of his 50 race wins, Jarrett collected 239 top-10 finishes and 35 were poles.

Interestingly enough, Ned’s crew chief, “John Carl” Ervin, stuck around the Jarrett family for the years that followed. He eventually became Dale Jarrett’s crew chief in the No. 32 Busch car.

In the early ’60s, Ned launched a radio program on WNNC. Jarrett gave much of the credit to his success as a broadcaster to Dale Carnegie, after he took one of his classes.

Later on in 1978, he became a broadcaster for MRN Radio. There, he interviewed United States President Ronald Reagan live at the Firecracker 400 in 1984. This same race happened to mark Richard Petty’s 200th win. Ned also hosted a daily radio show on MRN called Ned Jarrett’s World of Racing, which aired until 2009, when he retired the program.

He began to work for CBS by 1979. He was a pit reporter for a while, and later became a color analyst. Jarrett was also a color analyst for ESPN throughout the ’90s. In an amazing moment, he even called his son Dale’s first victory in the 1991 Champion Spark Plug 400. Another famous moment was when he called Dale’s victory during the 1993 Daytona 500, as his son took the win from Dale Earnhardt Sr.

Ned Jarrett has received countless awards as both a driver and an announcer. Many people strive to get into just one Hall of Fame, but Jarrett got into 12 halls of fame. Take a look at some of these major achievements.

Jarrett has an estimated net worth of $16 million. It’s safe to say that this driver has earned every penny he has. With his sheer amount of accomplishments, there’s no denying that he worked his tail off to become great. While there are many good NASCAR drivers out there today, few will ever be as iconic as “Gentleman Ned Jarrett.”