Driver who made history needs medical center treatment at Daytona 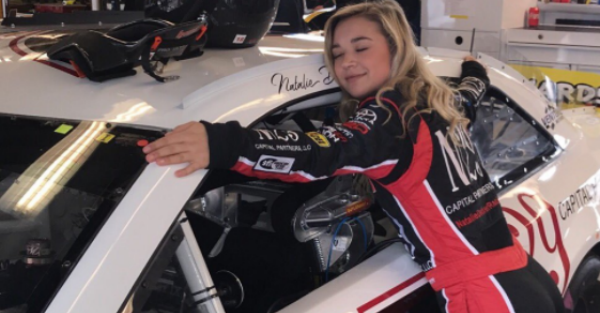 Natalie Decker went from qualifying history to a scare on the track on Daytona.

The 20-year-old, who became only the fifth woman in ARCA history to qualify on the pole, suffered a scare when she needed oxygen and fluids after the race.

The reason? Her  cooling system wasn’t hooked into her helmet, so she overheated in her hot car. While not unusual, it’s still concerning.

“My car kept overheating after I went through grass to avoid a wreck, and it just lost a little power at the end,” Decker told ESPN. “The water temp was way too hot, and I had no water pressure or anything.”

Decker finished fifth, an impressive feat for a young driver who suffered damage to her car when she hit the back of another car.  The race was also marred by several wrecks, including a massive pile up that saw the car of Bret Holmes go airborne.

“My first time at Daytona, I sat on the pole and got fifth. So I’m really happy,” she said.

First time at Daytona and we got 5th ❤️ thank you everyone pic.twitter.com/3dS09tlfMS