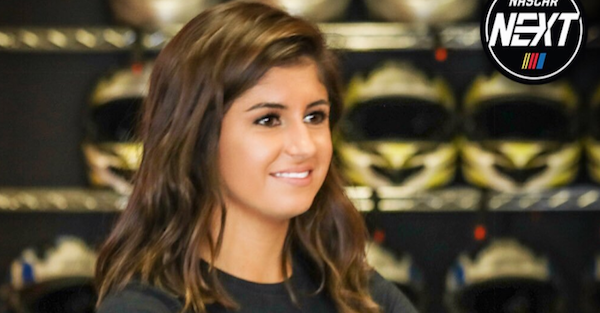 Hailie Deegan is the only female member of the current NASCAR Next Class, and she recently earned a full-time spot in the K&N Pro Series for next season.

Deegan will compete for Bill McAnally Racing in the No. 19 Mobil 1/NAPA Power Premium Plus Toyota Camry next season in the K&N Pro Series West, and she will run in all 15 races. She will also run in some races for the Pro Series East.

Deegan, 16, will be eligible to win Rookie of the Year next season.

Related: This young woman is the future of NASCAR

Deegan auditioned for the spot a few months ago for BMR, and she impressed during the test run.

She told NASCAR.com she wants to prove she can run up front during her debut season in 2018.

“For sure (stock car racing is where I see my future). That?s where I?m pushing towards. I know it?s going to be a lot of work, but me and my family are really excited to do it.”

BMR has won three straight championships in the series, and Todd Gilliland won the last two titles. He’s moving up to the Truck Series to compete for Kyle Busch Motorsports, and Deegan can possibly make a similar leap forward if she continues to impress for BMR.