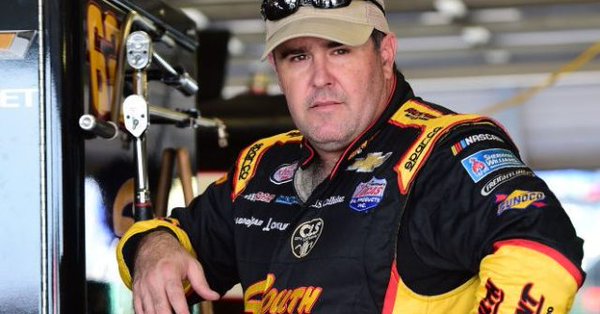 That was old school taking care of business, according to Brendan Gaughan when recounting his off-track fight with Ross Chastain.

Gaughan and Chastain had a tight and contentious battle in the Saturday night NASCAR Xfinity race in Texas, reports NBCSports.com. It spilled over off the track when the two got into a fight behind pit road.

This is all I got on video. Light wouldn’t come on and it was just about over. pic.twitter.com/rjpNGDeC38

Chastain says it was just tight racing, nothing more from his end. It was Gaughan, according to Chastain, who was out to race dirty by pinching him in turn 3.

?From then on, he was out to wreck me. My spotter could tell. (Gaughan) tried to get me in (Turns) 1 and 2,? Chastain told NBC Sports. ?That?s just not acceptable. The speeds we?re going, we?ve seen guys get upside down in the catch fence on purpose before. I do not want to collect on my life insurance policy at 24 years old. That was my biggest thing in the (NASCAR) trailer, that I was upset with that needed to be taken care of.??

Chastain added that it was Gaughan who came after him off the track, that?s when he says ?there were swings from that point on.? NASCAR officials talked to both drivers after the incident, but you can consider this far from finished.

?These millennials, they love to talk and text,? said Gaughan, 42. ?I believe in this. This was taught to me by Butch Miller and Parnelli Jones, by some of the old greats, that if you have a problem, you make sure you get eye-to-eye contact, let them know you?ve got a problem, let them know it was intentional, accidental, whatever.??

The whatever resulted in a black eye and a busted lip for Chastain.