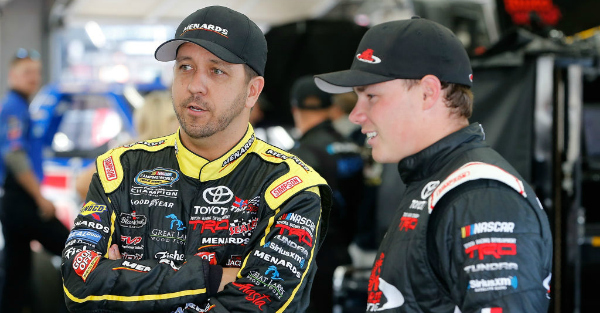 24 year old Brett Moffitt is getting another chance to race in the Cup series. BK Racing is giving him two weeks in the number 83 car starting this weekend at Watkins Glen according to NBC Sports.

Moffitt expressed his excitement for the opportunity in a press release:

?I?m very excited to be back in a Monster Energy NASCAR Cup Series car for the next two weekends, and I can?t thank BK Racing and JAS Expedited Trucking enough for making it happen. I have only raced Watkins Glen once in a K&N car, but it was a great race and I finished third. I can?t wait to race the Glen in the No. 83 Toyota Camry this weekend and Michigan next week.?

The number 83 car will be driven by its fourth driver of the season after being piloted by Corey LaJoie, Ryan Sieg and Stephen Leicht with Lajoie handling 14 of the 19 races.

Moffitt last raced in NASCAR’s cup series in 2015, the same year he won NASCAR Rookie of the Year.