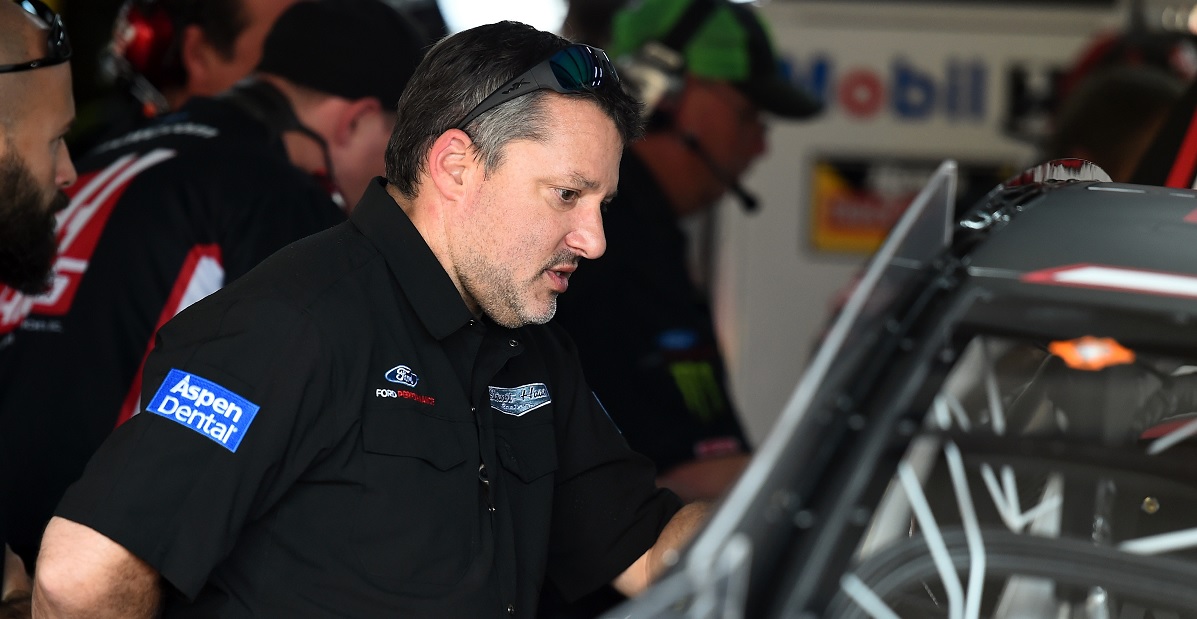 Count NASCAR team owner Tony Stewart among those wondering how to fix his sport?s current state.

?The sport as a whole has got to figure out how to get people watching again,? Stewart told the Fort Worth Star-Telegram.

A 3-time NASCAR champion, Stewart made the comment while at the Texas Motor Speedway for his charity event, Smoke Show fantasy camp. He?s referencing the low ratings NASCAR races have garnered on TV this season. If you toss out the marquee races of Brickyard, Talladega and Bristol, viewership for NASCAR events has been bleeding worse than a network medical drama.

For example, Preliminary overnight TV ratings for Kansas show a ratings decline over last year. It shouldn?t be much a surprise, either. The race, on the cable channel NBCSN, received a preliminary 1.7 overnight ratings, vs. a 2.0 when the race was aired on the network NBC last year.

NASCAR has tried several things to beef up not only ratings but attendance. They?ve added more live events such as concerts and even MMA fights to race weekends. Another new item to keep the races themselves interesting has been drivers competing in stages. Stewart addressed the topic in an interview with NBC Sports back in September.

?I like the stage racing,? Stewart said. ?It?s added something that?s unique, especially a third of the way through the race. Before, in the first half of the race, we didn?t worry so much about racing each other. I like it, I think we?ve seen some unique strategies. It?s been pretty exciting. I?m a big fan of the stage part.?