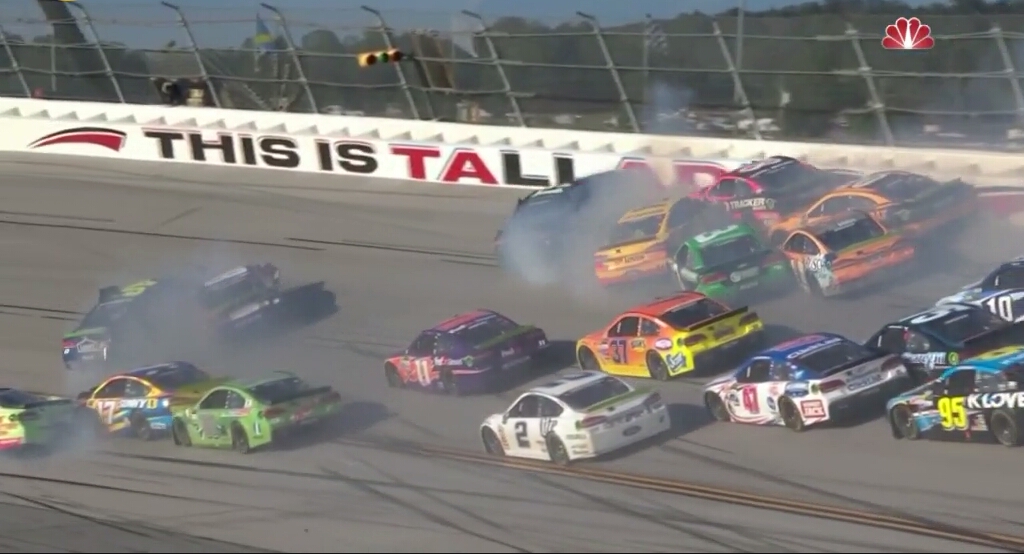 Jimmie Johnson wants an explanation for what happened during a red flag in the Alabama 500 at Talladega.

Johnson was one of 17 cars caught up in a wreck when it appears David Ragan dropped down and clipped Kurt Busch, causing a chain reaction of cars spinning. Johnson managed to pit, and that’s where the issue started.

“There was a cue given to our spotter for our guys to start working on the cars,” Johnson tells NBC Sports. “We went out and made a lap and advanced quite a few spots as a result and it looks like NASCAR is trying to take that away from us.”

Repairs of cars aren’t permitted under a red flag. This one lasted over 12 minutes. NASCAR said Johnson’s crew did violate the rule and was subsequently sent to the garage for doing so. He says there was some sort of miscommunication.

“Us and a few other cars heard the cue to allow the guys to start working on the cars when the red flag had finished, but we didn’t get the cue on pit road. I’m still a little unclear about what went on.”

Johnson’s day was done though. He finished in 24th, but still did well enough with stage points. He now sits 8th in the playoff standings.