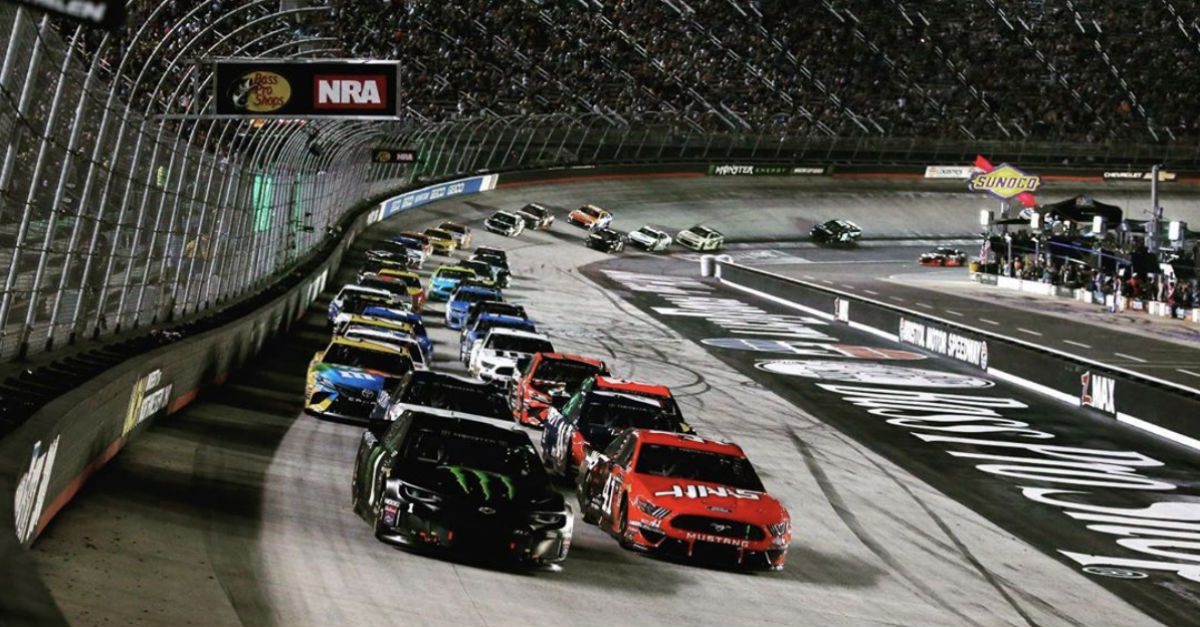 HOMESTEAD, Fla. (AP) ? NASCAR will attempt to improve the racing at short tracks in 2020 after the rules package introduced this season adversely altered the racing at many popular venues.

NASCAR President Steve Phelps said before Sunday?s season finale at Homestead-Miami Speedway that lower downforce is possible on the shorter tracks, where a heavier emphasis this year on aerodynamics has severely curtailed the ability to pass. It was a troubling season-long trend punctuated last week by a lackluster playoff race at ISM Raceway outside of Phoenix, where the championship will be decided next year.

NASCAR previously maintained there would be no changes to the 2020 rules.

?Our competition right now on the intermediate tracks and the superspeedways I believe is the best racing we’ve ever seen,? Phelps said. ?Do I think we need to work … to improve what we’re seeing on the short tracks? I do. We’re going to do that in the offseason, for sure.?

Phelps: "If you take stock of where we are, I'd say we had an incredible season." Adds "our competition on the intermediate tracks and superspeedways is the best we've ever seen" but says will NASCAR work to improve short tracks "for sure."

The dilution of action on short tracks has been a frustration in an otherwise upbeat season for America?s top motorsports series. The new rules package was designed to improve a racing product that had become nearly unwatchable and it did succeed in producing better action at many tracks.

Homestead has hosted the season finale for 18 consecutive seasons and produced consistently dramatic finishes, including the champion needing to win the race to claim the title every season since 2014. Drivers praise the track because they believe it is one of the few circuits where talent can overcome the shortcomings of a car. But NASCAR spent $178 million in capital improvements in Phoenix, so IMS gets the finale next year.

Phelps said NASCAR is not committed to ISM hosting championship weekend beyond next season, but he vowed the racing will be improved when the series returns to Phoenix next year.

?We need to make sure we are working with our industry, our teams, our (manufacturers) and Goodyear, to make sure that the racing we have in Phoenix both in the spring as well as our championship next year is as good as it can be,? he said. ?Our promise to our fans, and we?ll do it right here, is that we are going to provide the best racing we can at our short tracks. I think we?ve over-delivered on the intermediate tracks, and we will make sure that when we get to Phoenix in the spring, and some of the other racetracks that are short tracks, that they?re going to have better racing.?

Phelps is completing his first full season at the top of NASCAR, a position he inherited in a rapid changing of the guard following former chairman Brian France?s arrest in August 2018 on drunken driving charges. France took a leave of absence that has become permanent and he was replaced by his uncle, Jim France.

Jim France was tasked with getting business back on track for the struggling series and put Phelps in charge. Phelps took a hands-on role in NASCAR?s efforts to stop its slide in attendance, television ratings and sponsorship. NASCAR merged with its sister company International Speedway Corp. to create one private company with Jim France in charge.

Among the new initiatives is a ?Next Gen? car expected in 2021 that should drastically reduce costs, flexibility on changes to a stale schedule and an upcoming shift in the model for series sponsorship. Monster Energy marked its third and final season as title sponsor of the Cup Series on Sunday, and NASCAR next month is expected to announce various partners who have varying tiers of sponsorship.

?It starts with Jim France and his vision. Jim went to almost every race weekend this year, the 2019 season,? Phelps said. ?He?s here because it’s important, and he’s here because he loves it. He loves NASCAR racing. He loves racing in general. That was the start of it, Jim’s vision and a plan to bring this sport to a place where we were being successful and were having success.

?He?s the son of NASCAR’s founder. There?s not a person in the garage that doesn?t feel Jim?s presence.?

Phelps said NASCAR hopes to announce the 2021 schedule by April 1 and the criteria for hosting the Cup Series will come down to the ability to host a competitive race, fill the grandstands and reach a market that makes sense for NASCAR.

Phelps also said there will some sort of electrification component in the 2021 engine package, though the sound of the car won?t be drastically different. Chevrolet, Ford and Toyota currently compete in NASCAR but the series wants an additional original engine manufacturer.

?I know for a fact we will not have a new OEM unless we change our engine,? Phelps said. ?This engine is going to sound significantly the same as whatever the current engine is. We’re not going to have a bunch of electric cars going around. That’s not what this is about. It’s about having a relevant engine to our OE partners, Ford, Chevy and Toyota, as well as whoever the new OEMs that we’re looking at.?

Read More: NASCAR Tracks Have Speed Limits and Here Is the Complete List