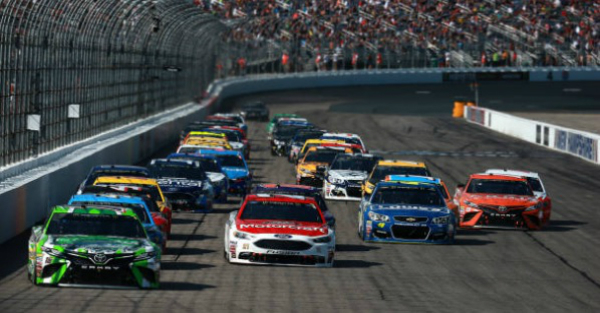 There are a lot of people concerned with the direction that NASCAR is heading, and some think drastic measures are necessary to retain the interest of fans.

Jim Utter, NASCAR Editor for motorsport.com, was recently asked his take on NASCAR implementing a shortened schedule and does he think it would be a smart move. He was also asked if he thought a shorter schedule would draw more interest, because fans would have fewer chances to watch races.

RELATED: Analysts lay out ways that NASCAR can improve

Utter responded by saying it would be tough at first, but in the long run it would benefit the sport.

“There of course would be initial disappointment, but I think if the focus was put first on tracks that currently host two races and have those tracks undertake a cost-benefit analysis for two races,” Utter said. “That would be a good starting point.”

“I believe a shorter, more condensed schedule would be a good thing long-term for the sport,” added Utter. “I have no doubt, however, there would be short-term pain by some fans and tracks that lost a Cup race date.

FOX saw a 12 percent decrease in viewership from 2016 for its package of 15 Monster Energy Cup Series races. In 2017 the sport saw decreases nearly across the board, NASCAR hopes it can turn things around in the future. Hopefully they get it figured out, and fast.