When I first heard the news that NASCAR would be coming to my local city in Austin, Texas, I knew I had to be there. While NASCAR has spent a fair amount of time at speedways in Texas, racing at the Circuit of the Americas track involved an entirely new road course for both the fans and the drivers. It was the first time NASCAR included an untested stock car racing track on their schedule since 2001.

On top of witnessing part of NASCAR history, it was also the perfect opportunity for me to finally attend an event in person since the COVID-19 pandemic first began, and to see if the environment was finally regaining some sense of normalcy.

Though I couldn't be out there for the entire weekend, I headed out to COTA to catch Saturday's action, which included both the Camping World Truck Series Toyota Tundra 225 and the Xfinity Series Pit Boss 250. What I experienced once I finally arrived for the day's events was even more uplifting than I had expected. 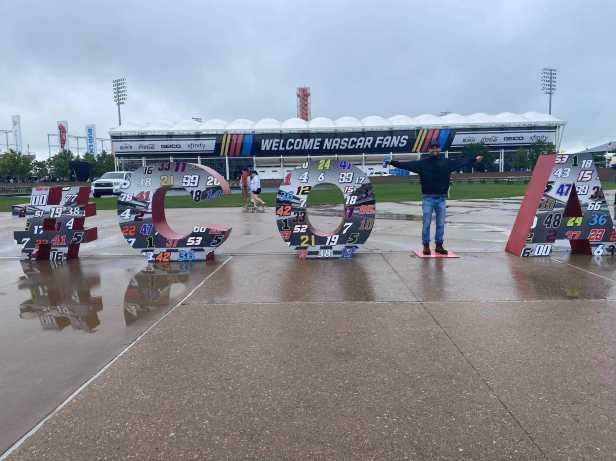 Racing Action at Circuit of the Americas

Austin's weather wasn't entirely cooperative going into the weekend. Saturday's forecast called for showers, and we certainly saw the rain for a majority of the day. By noon, everything in the vicinity continued to get drenched, forcing the teams to throw on the rain tires, which added an additional challenge for the drivers beyond already having to compete on a new track.

The Toyota Tundra 225 began despite the weather conditions, and you could physically see each driver fighting the lack of traction on each turn. Towards the beginning of the race, the drivers did their best to stick to the racing lines inside the paint. However, as things progressed, they began to use the wide run-off area that was found on most of the turns at this particular track, resulting in faster exit speeds. Overall, there were a few spin outs, but it was impressive to see how well the drivers held things together. 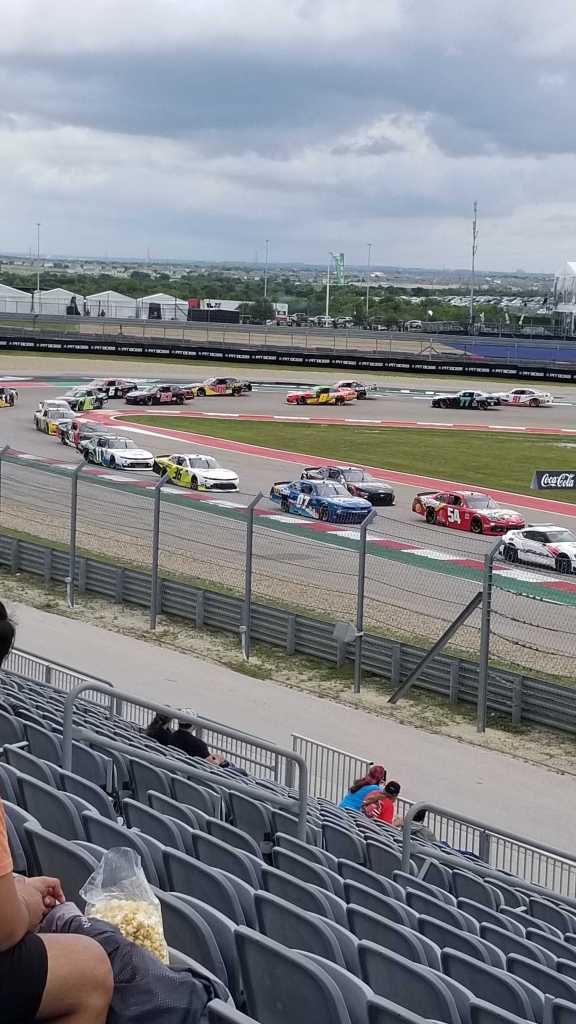 Todd Gilliland was undoubtedly the star of this race. He won the first stage, but was sent to the back after his pit crew member jumped the wall too soon. Even though the penalty was a setback, he was noticeably faster on the track and worked his way back through the crowd and back into pole position. He quickly increased the gap away from second place, and went on to grab the victory at the end of stage three.

As the Xfinity Series Pit Boss 250 began, the rain had cleared up, and the track was now dry as well. This allowed the stock cars to ditch the rain tires for some racing slicks. As the cars had more grip, we saw those outside lines on the run-off areas become less frequent. With so much more grip, these cars were hitting over 180 MPH down the back straight before coming into turn 12.

Cars were bumper to bumper for quite some time, but Kyle Busch proved to have his racing lines dialed in. While in first place, he created a good-sized gap behind him and went on to win the race. 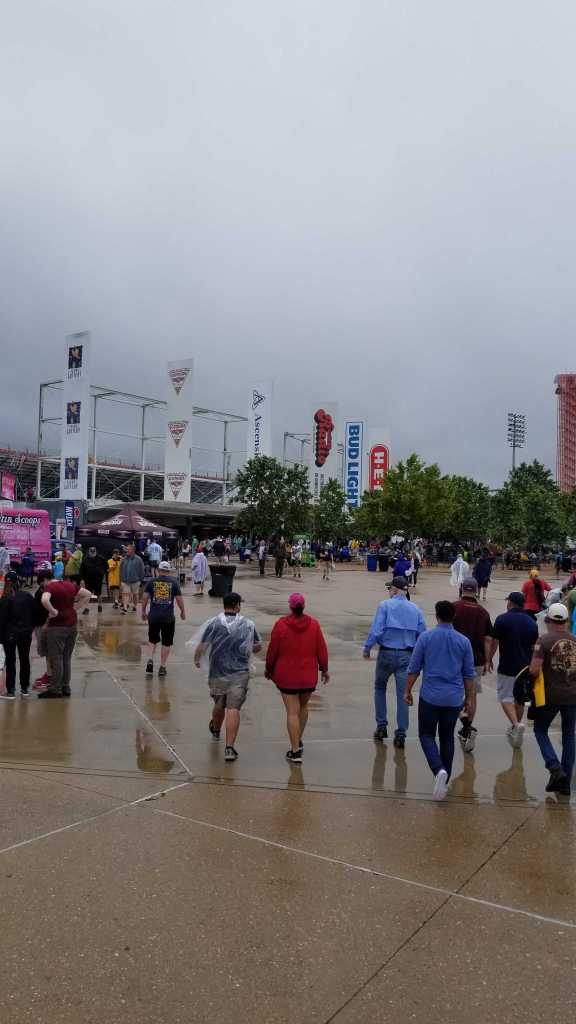 As far as the environment with the fans, I was impressed to say the least. Even though it was raining, the turnout of dedicated NASCAR enthusiasts was fantastic. The seats were in no way jam-packed, but thousands of fans still found their place to watch the events from either the stands or on the grass hills.

COVID restrictions were relatively lax. There were no temperature checks at the gate, and a majority of the spectators were without masks, which in my opinion could be a good thing. It means people are finally getting comfortable enough to start moving forward after what we've all been dealing with for the last year and a half.

That said, it was still encouraged to maintain safe distances, and there were plenty of hand sanitizing stations to choose from. Practically everyone there looked as if they were enjoying the experience, even though there were semi-large crowds in most of the fan areas. 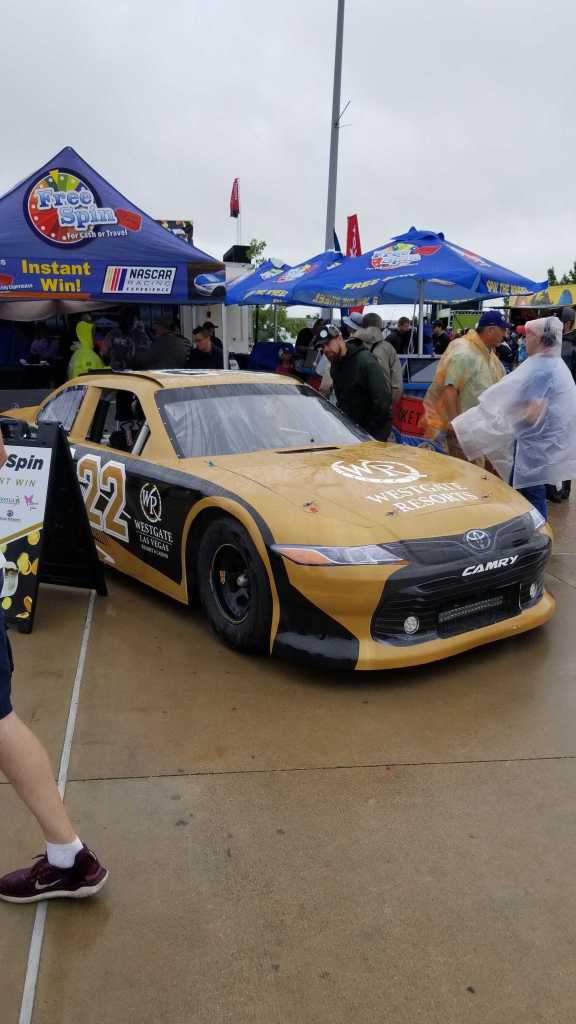 My personal experience involved sitting in a section of the stands that was relatively vacant. The couple who had bought the two seats next to mine showed up shortly after I did, and they were nice enough to leave a two-seat gap without me even bringing it up. They respected social distancing, and we had a nice chat during the races.

Things are not 100 percent back to how they were before COVID, but I was pleasantly surprised at the progression. It seems as if we are well on our way back to the way things once were, and I can't wait to attend some more races in the near future.