Aric Almirola Called His Wreck at Kansas the Worst of His Career, and It’s Easy to See Why 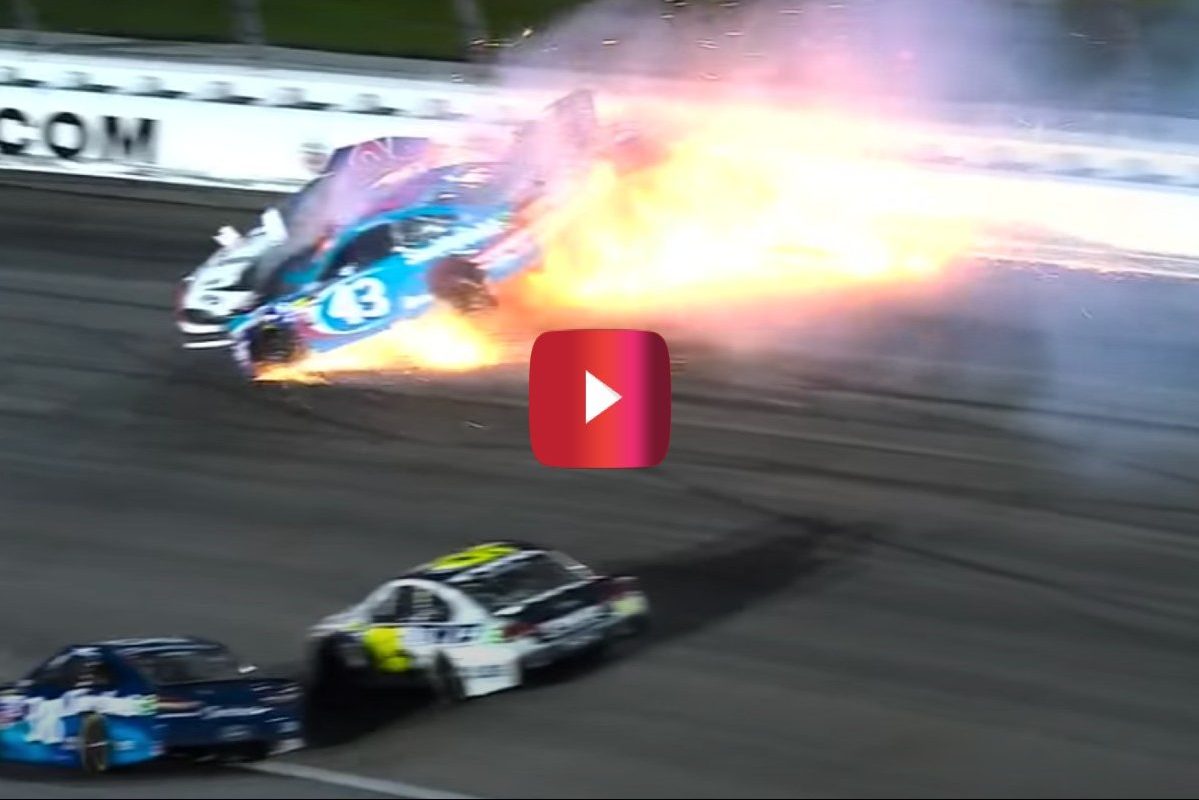 Even with all the different safety features NASCAR has introduced over the years, the drivers of these stock cars still face the risk of getting injured during bad crashes. A prime example of this was back in 2017, when NASCAR driver Aric Almirola suffered a back injury after a three-car wreck at Kansas Speedway during the Go Bowling 400 in Kansas City.

Racing for Richard Petty Motorsports at this time, Almirola labeled this crash as the worst one of his career, and it’s easy to see why. One of the worst parts is that everything happened so fast, there wasn’t much he could really do to avoid it. Below, you can check out the video where Almirola explains his thoughts about the accident, and how it changed his career completely.

The incident occurred during lap 199 of the NASCAR race. The brake rotor on Joey Logano’s race car failed, causing him to collide with Danica Patrick, and both drivers slammed into the wall. Almirola, on the other hand, was coming in hot from behind, and didn’t have enough time to react before the right front of his car crashed directly into Logano’s car. The initial collision was violent enough as it happened, but the sudden change in speed caused the rear end of Almirola’s Ford stock car to go flying about six feet into the air, before slamming back onto the pavement.

Instantly after the collision, Almirola knew he was in bad shape. He screamed over the radio to explain the pain in his back. Later, the car needed to be cut up in order for him to be safely removed. He was placed on a headboard and transported to the infield care center before going to the hospital, where it was determined that he sustained a compression fracture of his T5 vertebra. The next day, he was flown back to Mooresville, North Carolina to continue working with doctors. Associated Press was quick to provide updates on his status.

The crash brought out the red flag during the Saturday night NASCAR Cup Series race, but astoundingly both Logano and Patrick were able to walk away without injury. Jimmie Johnson and Dale Earnhardt Jr. were also surprised at how lucky Patrick was for not getting hurt during the wreck.

The collision was made worse by how low the race car actually sat. With NASCAR not requiring a post-race height inspection, teams will try to get that car as low as possible for the race. Because of this, when the rear end of the car came back down, it landed directly on the frame rail and jack post, making the collision even rougher than it needed to be. This is essentially what ended up causing the fracture, and NASCAR officials scrambled to figure out a safer solution for future races.

With such a serious injury, Almirola needed to play his cards right if he ever wanted a hope of returning to NASCAR. If he suffered another crash while recovering, he would’ve risked permanent paralysis. With great motivation, Almirola dove right into the recovery process, and eventually got back in the driver’s seat once fully healed.

Today, he has a whole different appreciation for the sport. It just goes to show the risks involved on the race track, regardless of the safety protocols.