NASCAR has just handed down penalties from the Charlotte race 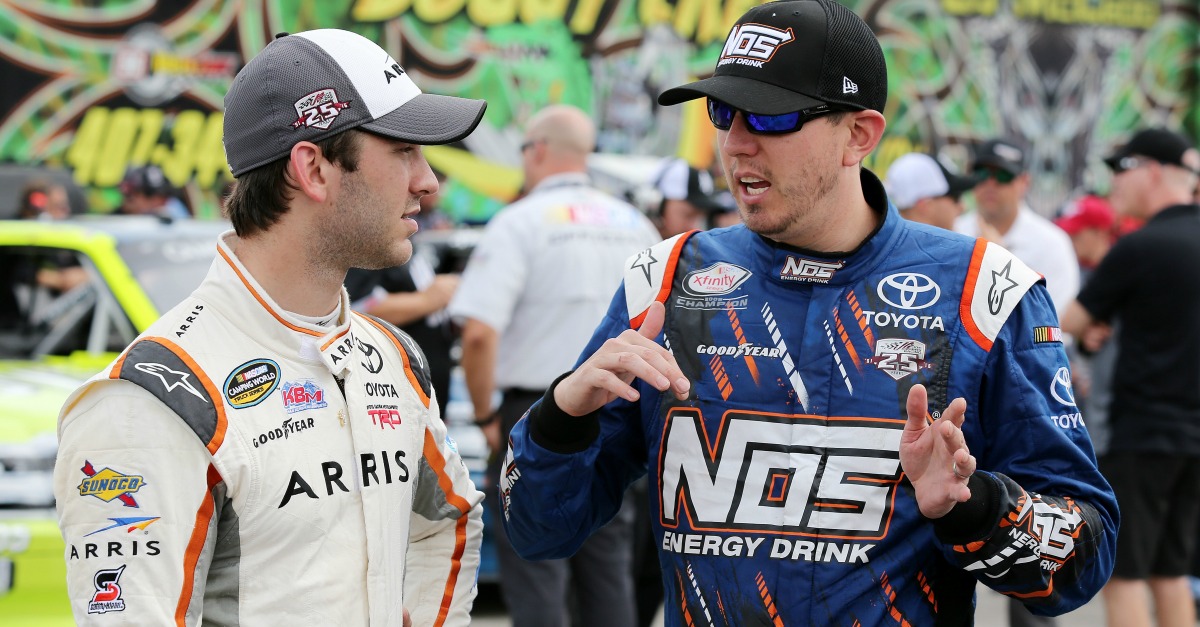 Jerry Markland/Getty Images
during qualifying for the NASCAR Camping World Truck Series Buckle Up In Your Truck 225 at Kentucky Speedway on July 7, 2016 in Sparta, Kentucky.

Daniel Suarez had an impressive top 10 finish at Charlotte Motor Speedway, but his team was penalized for a lug nut violation following the Bank of America 500, according to NASCAR.com.

NASCAR officials found an unsecured lug nut on Suarez’s No. 19 car, and the rookie’s Joe Gibbs Racing team was penalized. Crew chief Scott Graves was fined $10,000 for the infraction.

This was the fourth time this season Graves has been fined for the violation. He was also fined after lug nut violations at Pocono, New Hampshire and Bristol.

Suarez finished sixth at Charlotte, which was his third consecutive top-10 finish. The rookie has 12 top-10s this season.

Related: Another NASCAR driver is reportedly changing teams, and it could hurt Danica Patrick’s chances of getting a ride