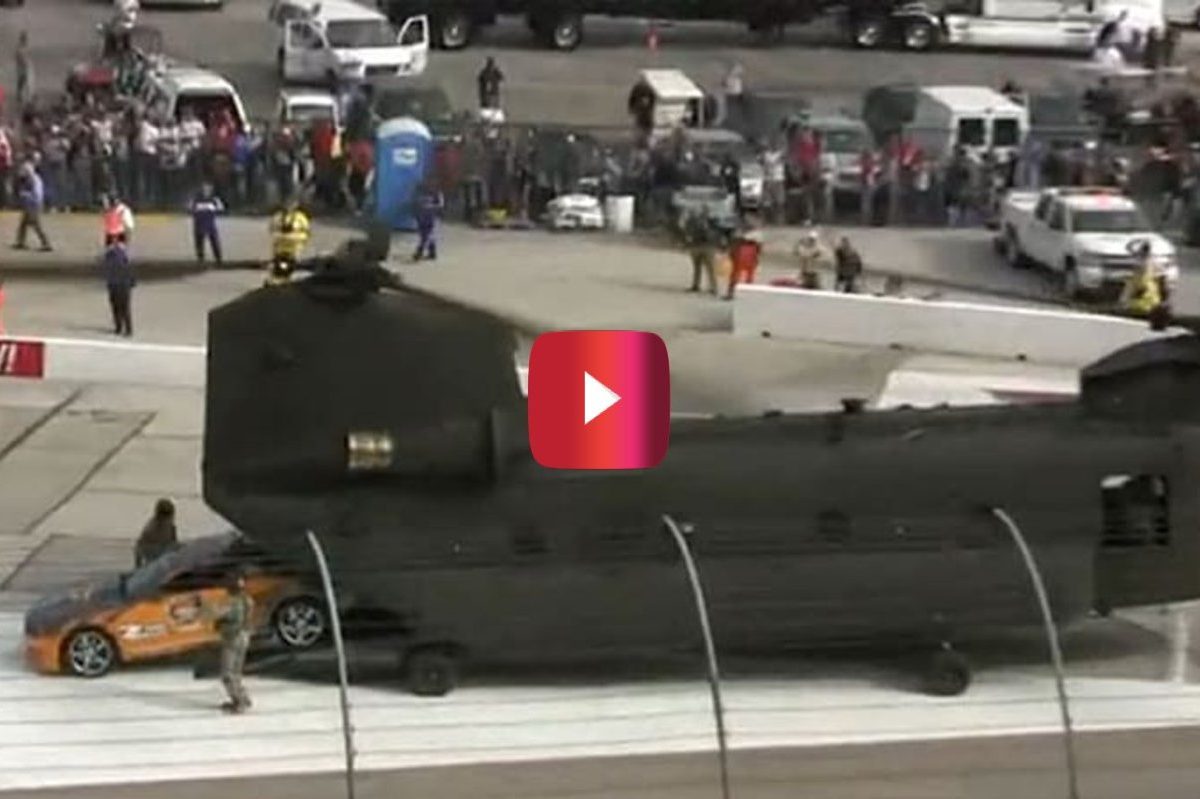 NASCAR races are, of course, entertaining in themselves, but NASCAR always delivers a performative flair of its own outside of the actual races. The sport is known for speed and dynamic action. Pace cars are a perfect example of NASCAR putting on a show before the real deal.

Fans have gotten to enjoy some awesome pace cars throughout the many years of the sport. Pace cars both set the tone for big races and keep racers safe. Sometimes, the vehicles aren’t even the most impressive aspect of pace cars, it’s how they make their entrance. One of the coolest pace car entrances ever was the delivery of a 2010 Chevrolet Camaro via Army Chinook Helicopter. Check out the epic entrance in the video below.

The 2010 Chevrolet Camara made one heck of an entrance at Texas Motor Speedway for the Dickies 500 NASCAR Sprint Cup race in November 2009. The CH-47 Chinook made an incredible delivery run and landed right in the middle of the race track.

The helicopter’s crew immediately began unfolding the ramp and a sick orange Camaro raced onto the track. As nice as the Camaro looked, every eye in the stadium was on the Chinook Helicopter as it lifted off, making for one of the coolest pace car entrances ever.

Our heroes off the track symbolically made an appearance before our heroes on the track. To make things even cooler, the driver of the Camaro was astronaut Doug Hurley, who was also a Marine Corps Colonel. As you can see, NASCAR embodies the American spirit in many ways.

NASCAR is about speed, skill, and innovation. Nothing embodies those traits more than the crazy entrance of this Camaro driven by an American hero. NASCAR is only getting bigger and better as time goes by, but this entrance will be hard to top. What will the next memorable pace car entrance be?