Some NASCAR fans are angry about NBC’s broadcasting team 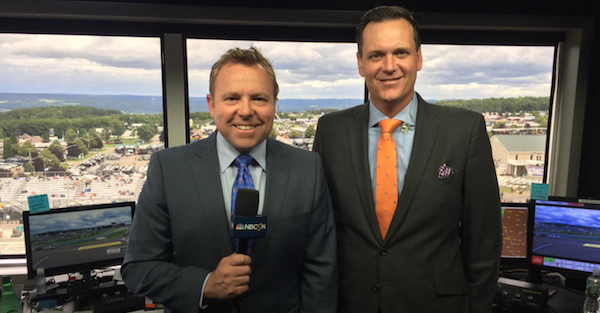 NBC’s NASCAR coverage has sounded a bit different during the last two weeks.

The network has used broadcaster Leigh Diffey during the last two races, but some NASCAR fans haven’t particularly enjoyed Diffey’s accent. Several fans have complained on social media about Diffey’s “British” accent and how they don’t enjoy hearing him on NASCAR broadcasts.

Nothing worse then when Nascar switches over to NBCSN. If all of ur commentators don't have a southern hick accent, it's not Nascar.

Related: NASCAR is undergoing a youth movement, because it has to

@NBCSports you guys need to get rid of the guy with the English accent on your #NASCAR coverage. It's not a "ToyotER!"

There's a guy with an English accent calling the @NASCAR race. It's pleasant and disarming at the same time.

The criticism was so strong, NBC decided to respond on Twitter by informing fans that Duffey isn’t British. In fact, he’s actually Australian-American.

Fun fact to kick off your Sunday afternoon: @LeighDiffey is an Australian-American, not British. 👍#NASCARonNBCSN pic.twitter.com/RcNtNWk7zP

It appears some NASCAR fans (and it is some) don't like Leigh Diffey because of his accent. Unbelievable. Leigh does a great job.

Of course, NASCAR fans from the South don't know the difference between an Australian accent and a British accent.

Diffey’s accent might catch listeners off guard, but he knows the sport well and has done a solid job covering it for NBC.

But let’s hear it from the readers. What do you think of Leigh Diffey and his accent on the NASCAR broadcasts?