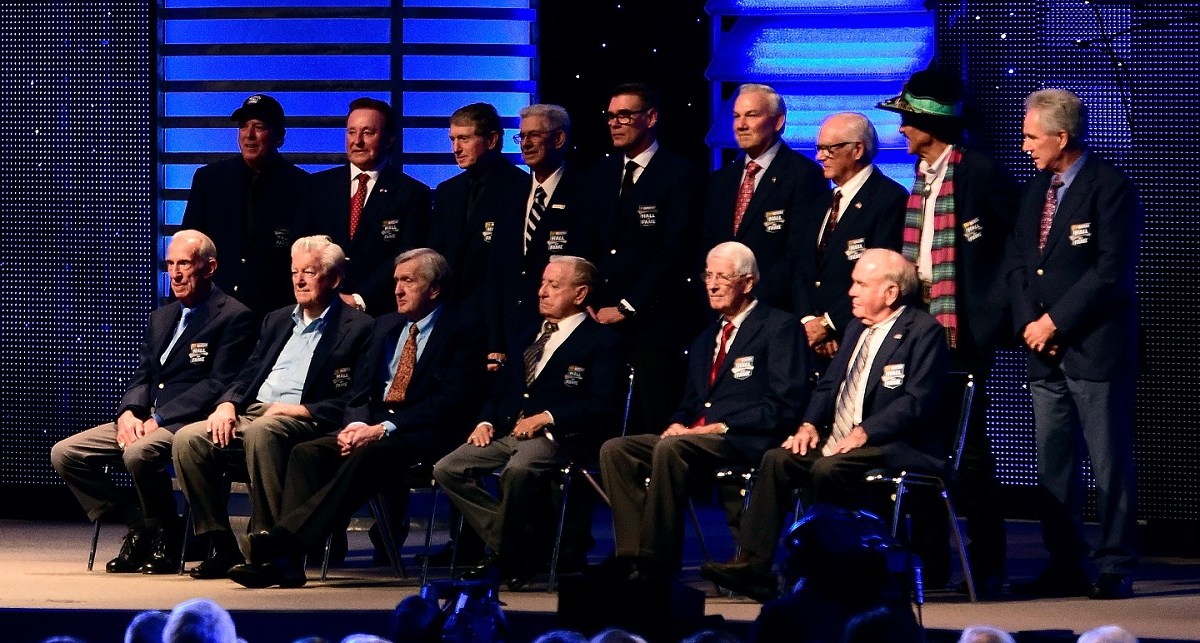 We’ve just put a wrap on the 2018 NASCAR Hall of Fame induction ceremony and speculation turns to who will be selected for the next class, besides Jeff Gordon I mean.

Gordon, who presented his friend and former crew chief Ray Evernham Friday night, is almost a certain lock to be selected. He’s third all-time in Cup victories with 93 and is a 4-time Cup champion. After Gordon, though, there are no sure bets.

Two names that made the ballot this year but not into the class seem to have the most support, not only for their success but also sentimental reasons, according to espn.com. Davey Allison won 19 Cup races including the 1992 Daytona 500, but his career was cut short when he was killed in a helicopter crash at Talladega in 1993.

“Davey Allison was going to be Dale [Earnhardt] Jr. before Dale Jr. was,” Hall of Fame driver Dale Jarrett told espn.com. “And talking about him being on the ballot, you can’t look strictly at numbers. Now, if you want to look at over the span of time that he was there his numbers will be equal with most everybody and the things that he was able to accomplish, and he moved the needle on the sport…There’s no doubt in my mind that he should be there.”

The other driver under strong consideration is Alan Kulwicki. The 1986 NASCAR Rookie of the Year and 1992 Cup champion was killed in a plane crash, ironically the same year as Allison’s crash, 1993.

NASCAR driver and broadcaster Buddy Baker just missed the cut in 2018, but thinking is his 19 Cup victories that include the Daytona 500 and Southern 500, plus his contributions in the broadcast booth will see him selected in 2019.

If you’re looking for a who’s who from the owner ranks possibly getting in, three that were on the ballot this year but didn’t make it are Roger Penske, Joe Gibbs, and Jack Roush. Hard to make an argument that any one of those guys doesn’t deserve a spot in the Hall for how they’ve made NASCAR better.