Playoff contender said the end of the Brickyard 400 was “ridiculous” 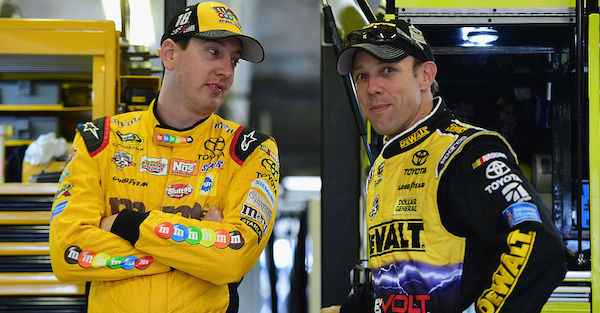 Matt Kenseth finished fifth at the Brickyard 400, but it looked as if he was going to win the race down the stretch.

However, the series of restarts late in the race due to crashes had a major impact on the final outcome, and Kenseth had to settle for a a top-5 finish.

Kenseth said the end of the race was just a series of wrecks and restarts on repeat.

Related: Danica Patrick forgets about the mic and loses her cool during Brickyard 400

The restarts resulted in numerous crashes, including a wreck that knocked out leaders Kyle Busch and Martin Truex Jr.

The entire race was filled with wrecks, and nearly half of the field was eliminated.

Kenseth is fighting for a playoff spot, and a win obviously would have clinched him a spot in the postseason. Instead, Kenseth is hanging on to the last spot of the playoff field.

With just a few races remaining in the regular season, Kenseth is hoping either he can win a race or a winless driver behind him doesn’t win and knock him out of the field.