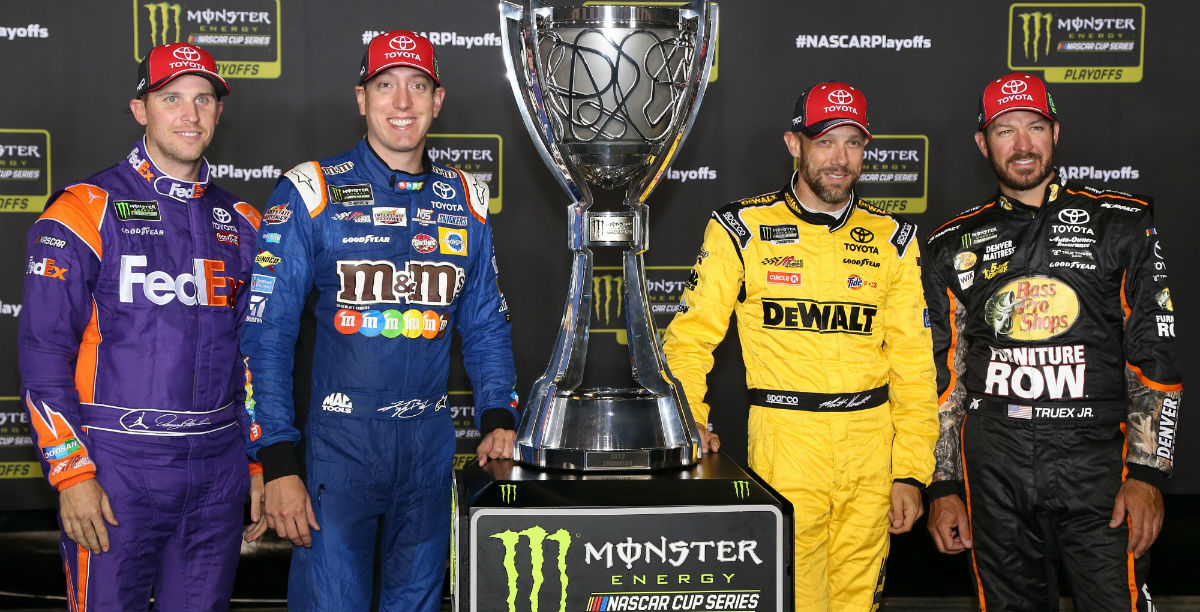 Being an only child isn?t necessarily a bad thing.

That?s the view of NASCAR Cup Series points leader Martin Truex, Jr. after his team, Furniture Row Racing, announced they would field a single car for next season after failing to find a sponsor for their second car.

“It’s definitely not [new]. We’re used to it,? Truex, Jr. told Racer.com. ?Since I’ve been at Furniture Row we’ve only had one out of our four years together that was a two-car team, and I honestly don’t think a whole lot changed.”

Truex, Jr. was the only driver when he joined FRR in 2013. Rookie Erik Jones joined this year and was having some measurable success driving the #77. Jones has 12 top-10 finishes in 30 races and sits 19th in points. He announced in July he was leaving FRR to drive the #20 for Joe Gibbs Racing.

“It’ll be fine,” Truex said. “It’s hard to say how having two cars affected us this year honestly because we’ve had our best season yet going and I think a lot of us were a little worried about expanding last winter and it affecting us.?

It?s not like Truex, Jr. will be totally alone. FRR and JGR have a technical alliance, which means Truex, Jr. will continue to work with Jones plus the other JGR drivers. From his perspective, having only one team means extra hands all focused on making sure he has continued success next season.

“I think a lot of that goes back to the shop and making sure we have enough help,” Truex, Jr said. “Especially with the short turn-around times and us having to load a day early [being based in Colorado] than everybody else. I think just make sure we’re fully staffed there and ready to go.”