Sad day for Furniture Row Racing, which makes the announcement no one wanted to hear 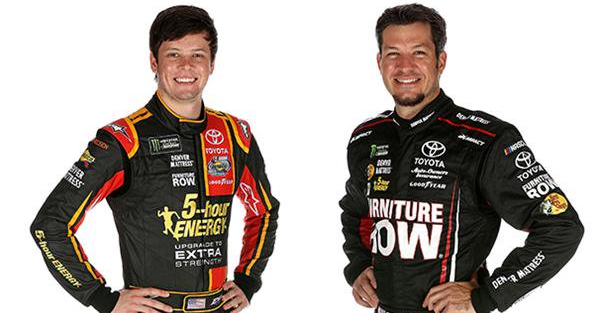 Another day, another team downsizing.

Furniture Row Racing made it official Wednesday — it will be a one-car team in 2018.

FRR had already announced it had sold its charter for the No. 77, but was holding out hope —  very slim hope — that it could find a sponsor and keep the ride on the track.

“As Furniture Row Racing looks ahead to the 2018 NASCAR Cup Series season, the Denver, Colo. based team is not planning to field the No. 77 Toyota as a second car entry,” co-owner Barney Visser said in a statement on the team’s website.  “It is our organization’s goal to operate a two-car team in the future and we will continue to seek sponsorship funding for the No. 77. Our 100 percent focus for next season will be on the No 78 Toyota Camry, which will be driven by Martin Truex Jr.?

Visser had previously said, ?There is no way we can run it without sponsorship, so we?re going to have to put it down.”

Erik Jones, who had been driving the No. 77, announced in July he was leaving FRR for the Joe Gibbs Racing No. 20.

This is clearly a blow to NASCAR and drivers looking for a ride. Garone had previously told NASCAR.com that he’s gotten a lot of interest in the No. 77 Toyota.

But one less ride is a big deal in NASCAR these days.